Continue to Variety SKIP AD
You will be redirected back to your article in seconds
Jul 11, 2018 6:03am PT

Locarno: Watch the Trailer for Piazza Grande-Selected ‘The Guest’ (EXCLUSIVE)

Sold by UDI, movie marks second from Italy’s Duccio Chiarini, celebrated for the candor of his debut, ‘Short Skin’ 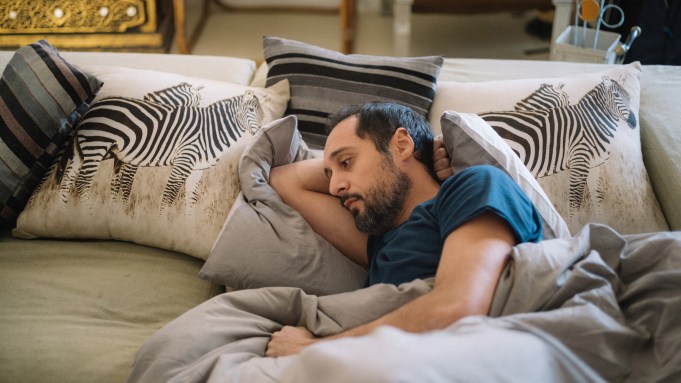 Urban Distribution International has just dropped an international trailer for “The Guest,” the second feature of Italian director Duccio Chiarini (“Short Skin”) which the Locarno Festival confirmed as one of its Piazza Grande titles, a space usually reserved for what it conceives as its biggest crowd-pleasers.

“The Guest,” from a trailer made available in exclusivity to Variety, would seem to fit the bill. An end-of-relationship drama -comedy developed at Cannes’ Cinefondation La Résidence, which picks up on up-and-coming stronger voiced auteurs from around the world, “The Guest” turns on near-40 Guido, played dopey-ishly by Daniele Parisi (“Orecchie”), an academic for ever preparing a book on Italo Calvino.

A pregnancy scare, caught in the trailer, is for Guido maybe a sign that he and longtime g.f. Chiara should have a family; for Chiara, Guido’s enthusiasm about parenthood, together with their wreck of the car, old couch they can’t replace, is one reason for her to announce that she needs space to rethink their relationship.

Forced to doss down on friends and parents sofas, Guido witnesses  his friends own inner chaos and the fragility of other relationships.

Stylishly shot, with a lively-colored  palette, if the trailer is anything to go by, “The Guest” recounts, Chair comments, “the passages of life that deal with the end of love” when “we are often conditioned to change our views on our own lives, desperately try to redefine and better ourselves – as if making that gesture in order not to lose our partner would also aid us in finding ourselves again.”

Picking up on Chiarini’s debut, the Breaking Glass Pictures U.S.-distributed “Short Skin,” which caught attention for its subject – a teen whose drive to loose his virginity and keep his dream girl is complicated by his suffering phimosis, or a short foreskin – “The Guest” also aims to “tackle the theme of the complexity of relationships” from the point of view of fragile men.

These, the director argues, have been “orphaned by the traditional definition of what makes a man and currently searching for a new way of living with their sexuality, confronted with female figures that are increasingly different to their mothers.”

Presented as a project at Locarno’s Alliance for Development, a forum for German, Italian, French and Swiss producers, “The Guest” is lead-produced by Tommaso Arrighi’s Mood Film in Italy, with Switzerland’s Cinédokké and Vincent Wang’s House of Fire in France whose credits include Tsai Ming-liang’s Berlinale Silver Bear winner “The Wayward Cloud” and Joao Pedro Rodrigues’ “The Ornithologist.” “The Guest” is backed by Italy’s Rai Cinema and Switzerland’s RSI Radiotelevisione Suizzera. Enjoy.