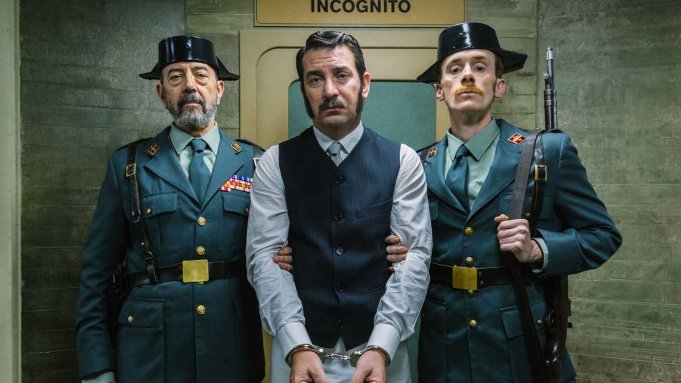 “This is Cuerda at his best,” Rud told Variety, “The one that can fly, the one who was behind Spain’s best films of all time like ‘The Others,’ ‘Open Your Eyes,’ ‘Butterflies,’ and ‘The Blind Sunflowers,’ and all the reviews from San Sebastian support this.”

With nine Spanish Academy Goya Award nominations and four wins for directing or production, Cuerda has seen success both critically and at the box office. He directed Spanish Goya standouts like 1999’s “Butterfly” and 2008’s “The Blind Sunflowers” – each scored a Goya for best adapted screenplay – and he produced fellow Spaniard Alejandro Almenábar’s 1996 debut “Thesis,” and took a producer credit on 1997’s “Open Your Eyes,” co-produced by Tom  Cruise.

“Some Time Later” connects most especially, however, with Cuersa’s second feature, “El bosque animado,” an adaptation of Spanish writer Wenceslao Fernández Flores novel, published in 1943 and a prime example of Spanish ‘40s whimsy. Cuerda built on this on the now surrealistic absurd of 1989’s “Dawn Breaks, Which Is No Small Thing,” a humor he returns to in “Some Time Later.”

The film unspools in the year 9177… or so, “It’s best not to quibble over such minor details,” according to the film’s official synopsis. The whole world, and perhaps even the universe, have been consolidated into one building and its filthy, almost medieval environs. There can be found all the unwashed, unemployed masses which make up what’s left of humanity in a dystopian, vassalic society that prizes wit and charm.

Inside the castle resides a tyrannical, fascist king and the rag-tag makeup of a socio-political elite, complete with over-sexed clergy, civil guards and a semi-functioning government. Existence as these simple people know it gets thrown into a tizzy when José Maria, a lemonade seller, arrives at the palace, hinting that there may be more to the world than they believe.

In the trailer we see the film’s over-the-top aesthetics, contrasting the rural Spanish countryside with the lavish interior of the palace. The tuba-heavy accompaniment, highly-staged gags and dystopian themes seem a distinctly Spanish take on irreverent comedy that falls somewhere between Terry Gilliam and Wes Anderson.

The film boasts a powerhouse cast of Spanish acting talent including Netflix’s “Cable Girls” lead Blanca Suárez –a 2013 Cannes Chopard Trophy winner for female revelation; 2016 Goya winner for best new actor Miguel Herrán (“A cambio de nada”); eight-time Goya nominee and Spanish cinema standard Antonio de la Torre (“May God Forgive Us,” “The Realm”); Manolo Solo – a 2016 Goya Winner for best supporting actor in “Tarde para la ira”; and one of Spain’s busiest actors in both high-end TV and film, Roberto Alamo (“The Skin I Live In,” “May God Forgive Us”); among many others.