Berlin Winner Jasmila Zbanic on Her Collaborative Approach to Filmmaking 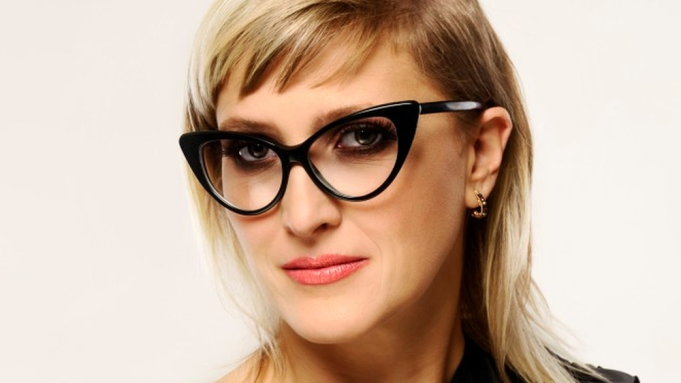 Bosnian filmmaker Jasmila Zbanic, whose debut feature, “Grbavica,” won the Berlinale Golden Bear in 2006, was at the Karlovy Vary Film Festival this week to present a masterclass for the 10 film students and graduates taking part in EFP Future Frames, a fest section that screened their short films (see trailer above).

Zbanic, whose other films include “On the Path” and “For Those Who Can Tell No Tales,” spoke to the students about her early career experiences and approach to filmmaking.

Zbanic started her film education at the Academy of Performing Arts in Sarajevo at a terrible time for her home city, during the siege by the Serb army, which ran from April 1992 to February 1996. Despite the enormous difficulties and dangers, Zbanic said the passion for film and other forms of culture felt by the Sarajevo students and other citizens was stronger than ever. “You find out you need films and culture like bread in this extreme situation,” she said.

As the existing socialist system of government in Bosnia broke down, the Sarajevo filmmakers and other artists were compelled to create their own structures, forming an “association of artists” called Deblokada in 1997. “We reinvented the way we worked,” she said. They opened a video store in Sarajevo to fund their work, and set out to build a network of international contacts. Zbanic, for example, found support for one of her documentary shorts from French-German cultural channel Arte, and this led to invitations to film festivals, where her network of contacts grew. “Festivals and networks are really important” for young filmmakers, she said.

The group was open to suggestions. “Whatever people advised [us to do], we did,” she said. As resources in Bosnia following the war were scant, international co-production was a necessity, but it also benefited the films as it compelled the filmmakers to tell their stories in a way that could be understood by audiences in other countries. Austrian production company Coop99, for example, co-produced “Grbavica” with Deblokada, along with Croatia’s Jadran, Germany’s Noirfilm Filmproduktion and broadcaster ZDF. Germany’s The Match Factory handled international sales.

Zbanic had wanted to document the way rape had been used as a weapon in the Bosnian War. Although she considered investigating the issue as a documentary she didn’t want to make the women relive their ordeal. This led her to adopt a fictionalized narrative approach, and the making of her debut narrative feature, “Grbavica,” set many years after the conflict. Her films “always start with huge emotion,” she said, but “must find their own form.” It was when her daughter was born that the way into the story became clear to her. Experiencing the enormous love for her child, “born out of love,” she wondered what it would be like for a woman if their child was “born out of hate.”

Zbanic cast a well-known actress in the lead role, Mirjana Karanovic, who read the script and loved it. Although some people thought Karanovic was too well known, Zbanic disagreed, and says now that young filmmakers should always try to work with “the best” in every field. “Always get the best, people who know more than you do,” she said. She had always found such people to be “wonderful with beginners.”

Initially the Berlin Film Festival had rejected the film without viewing it. Enraged at this injustice, Zbanic wrote a furious letter to fest chief Dieter Kosslick, who relented. “If you love your film, you have to fight for it,” Zbanic said.

EFP Future Frames is organized by the festival and Hamburg-based organization European Film Promotion, a network of 38 European film bodies, which is supported by Creative Europe – Media Program.