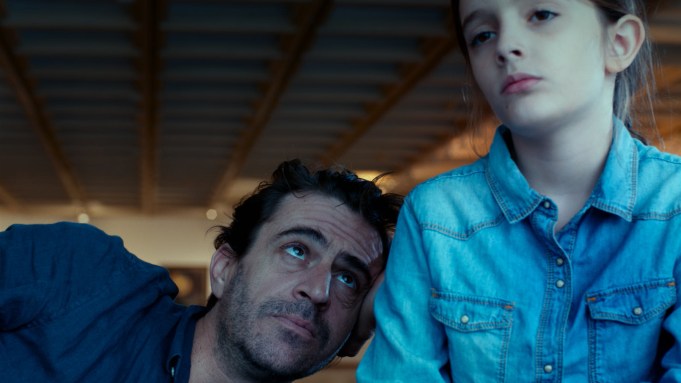 “Belmonte” receives this September its world premiere at the Toronto Film Festival and days after will have its European premiere in San Sebastian.

The film portrays Belmonte, a 43-year-old divorced man, with a successful career as a painter but jealous of his ten-year-old daughter Celeste’s new family life. Following the painter’s point of view, the film focuses on the things he is attracted to, and how his sensitivity informs his art.

“In a way, I would like to think the film shows how creativity mixes with domestic life, and how both things couldn’t be separated because neither would make sense without the other,” Veiroj commented.

She added: “The main objective, at this moment, is for ‘Belmonte’ to circulate in the largest number of festivals and film markets around the world.”

“Belmonte” toplines Uruguay’s Gonzalo Delgado, in his debut performance in a major film. Delgado is a regular production designer on key Uruguayan films such as “Whisky” and “Acné,” and also a painter. Newcomer Olivia Molinaro Eijo plays Celeste.

“My great interest in working with Gonzalo Delgado was my primary inspiration in making the film. I very much like his edgy and ironic sense of humor. Belmonte’s character needed that,” Veiroj said, adding that he was also inspired by the city of Montevideo itself, “with its beautiful settings such as the National Museum, the Solis Theatre, the Seaside and even an old fashioned fur shop.”

“I wanted to position Belmonte’s emotions in relation to those places, sometimes to show melancholy, sometimes his internal conflict or just the inherent beauty of the locations,” he added.

One of the most celebrated breakthroughs on the Latin American film scene over the last decade, writer-director-producer Veiroj debuted with coming-of-age dramedy “Acné,” a Rezo pickup for international which premiered at the 2008 Directors’ Fortnight in Cannes.

Handled by FiGa, romantic comedy “A Useful Life,” an inspired defense of cinema as an emotional and inspirational asset, premiered at the 2010 Toronto Festival, receiving multiple awards worldwide, and releases in many countries.

In 2015, Veiroj and FiGa re-teamed for “The Apostate,” his first experience shooting in Spain. After world premiering at the Toronto Festival, the film went on to a San Sebastian Jury’s Special Mention and a Fipresci Award at the Spanish festival.

Handled by Meikincine, “Belmonte” will follow the same Toronto-San Sebastián route. “We will start to explore further opportunities to attend other markets and festivals, as well as distribution deals, since both events mean an important show window for the film,” Meik said.