Movie Business Weighs Ways to Reach Out to Women in Europe 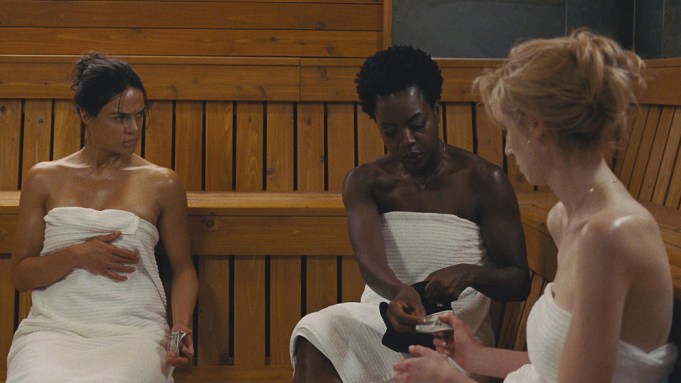 Three of last year’s biggest global hits — “Wonder Woman,” “Star Wars: The Last Jedi” and “Beauty and the Beast” — demonstrated the biz potential of tentpole movies with strong female leads. CineEurope, the upcoming gathering of the European movie theater sector, will debate ways to keep engaging the female audience at the box office this summer and beyond.

Women want female characters in films who are more than just “eye candy,” says Laura Houlgatte, CEO of UNIC, a body that represents exhibition companies in Europe. The success of films like “Wonder Woman” sent a signal to the biz that films with strong female protagonists “can increase your returns,” she says, and that such movies are not just for women, but men, too.

Eric Meyniel concurs. “When you hook the female audience, you also hook the male audience, too, because they come with their [male] friends, husbands or boyfriends,” says Meyniel, international content director at exhibitor Kinepolis, which operates theaters across several European countries.

The success of female-powered movies depends in large part on the confidence invested in them by distributors. But “time and time again this is underwhelming, even when a film has been critically heralded and has been a festival darling,” says Mia Bays, director-at-large at Birds Eye View, an organization that campaigns for gender equality in the film biz. “By the time a film is in the distribution pipeline, often all the confidence and faith has gone out of it in terms of the campaign and how many cinemas are booked,” she says.

Some distributors, however, are attempting to unlock the market potential of the female moviegoer. Lia Devlin, head of theatrical at British distributor Altitude, says that at least 50% of its films are targeted at a female-skewing audience, including the upcoming biopic “Whitney.” Its strategy to reach women is multi-layered, but word-of-mouth is the most powerful influencer. “A focus for us is building buzz as early as we can,” Devlin says. “We know that critical acclaim, buzz and hype are hugely important for a female audience.”

Early screenings to “the right people” — those with influence like features editors and YouTube bloggers — is helpful. Sneak previews help generate word-of-mouth, as do event screenings with a live element, such as a panel discussion or Q&A.

Altitude puts actresses at the center of its promotional drives. “We have always created bold campaigns that really ‘hero’ our female protagonists, even though they might be new faces to cinema, and are not A-list actors who people will recognize,” Devlin says.

Jenny Borgars, deputy managing director at Pathé UK, says her company has long targeted an older female audience with films centered on iconic women like Margaret Thatcher in “The Iron Lady” or stories based on the experience of real-life women, like “Philomena.” Its latest offering is “Judy,” starring Renée Zellweger as Judy Garland. Even when films focus on well-known women like Thatcher or Garland, it is important to humanize them, Borgars says. “You are taking on iconic individuals but you are also exploring the human side of their lives: their powerful positions in their work environment versus the personal dilemmas that they are dealing with, and how they manage that balancing act,” she says.

Like other distributors, Pathé is looking for material that will become a “talking point” for audiences, and be “something they can unify their audience around as an emotional experience,” Borgars says.

“What is interesting is now we are living in a world where that definition of the characters that female audiences are wanting to see — the role models — is evolving,” Borgars says. This has led companies like Pathé to broaden both the range of talent employed in its films and the source material.

The evolution of female screen characters reflects changes in real life. “On screen, as in life, that definition of what a woman is, or should be, or can be is evolving in intriguing ways,” she says. “You look at ‘Three Billboards.’ I love that you can put somebody out there in a role who is difficult and won’t take no for an answer, and can feel surprising. That shows that nothing is off the table.”

She adds: “I will be really interested to see how ‘Ocean’s 8’ and ‘Widows’ work — films that see women in a traditionally male genre — and whether the audience can have fun with that. I would hope they can. But that just speaks to the world that we are living in now, and the debate that is going on at the moment.”

Having more female directors would surely help project female perspectives more strongly in movies, but so far this year only one film in the top 20 box office grossers worldwide was directed by a woman: Ava DuVernay’s “A Wrinkle in Time.”

“The great women directors tend to be doing smaller films and are caught in a rut,” says Clare Binns, joint managing director of U.K. exhibition chain Picturehouse Cinemas. “You need to give directors like Debra Granik, who did ‘Winter’s Bone’ and has now done ‘Leave No Trace,’ big-budget films. Give her that opportunity because she is an amazing filmmaker. Give Desiree Akhavan, who made ‘Cameron Post,’ a blockbuster to direct.”

Tipsheet
What: CineEurope
When: June 11-14
Where: Barcelona, Spain
Web: filmexpos.com/cineeurope