Getting High-Tech with Globo: Latin America’s Largest Broadcaster Talks up its Most Technically Ambitious Telenovela to Date (EXCLUSIVE)

The medieval-themed “Deus Salve o Rei” will have a look and feel like nothing Brazilian TV has produced before, as seen in the trailer below 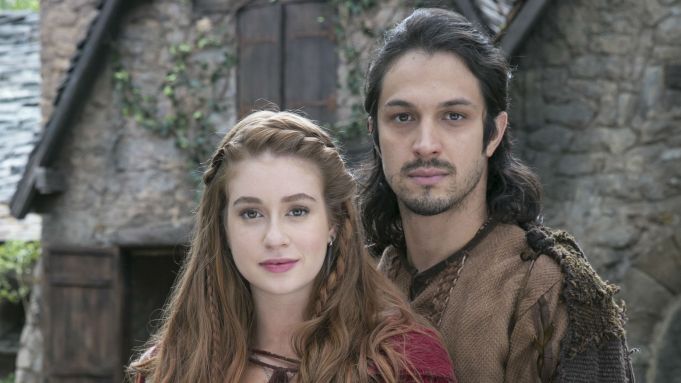 Brazil remains one of the Latin American countries where telenovelas dominate daily TV schedules the most, and Globo, the country’s largest media firm and broadcaster, is working hard to keep the classic format vital by making sure its new programming has a look and feel that modern audiences expect in high-end TV.

To that end, the broadcasters says its newest telenovela, “Deus Salve o Rei” (God Save the King), will have as much as eight times more special effects than anything they have done before. The first episode alone has 288 individual visual effects, and they promise to keep that scale and caliber at the highest level throughout the series.

A change like this doesn’t happen overnight, and to that end “Deus Salve o Rei,” had an unprecedented nine-month pre-production period. Every prop, set and costume was made from scratch. The team responsible for the show’s sets traveled to eight different countries and recorded nearly 4,000 images and videos they can insert behind the locally fabricated sets, without ever having to leave their warehouses.

The medieval-themed, fantasy series focuses on the border between two nations, which have long enjoyed a mutually beneficial trade relationship. As families age, and ambitions change, conflict arises and long-standing traditions are broken. The series is intended for the whole family, and the creators say they are working hard to employ elements of adventure, comedy, suspense and romance to keep a varied audience tuning in.

The trailer includes scenes of sweeping vistas, castle facades, marketplaces and cities, almost all of which were filmed inside warehouses on Globo’s lot with the scenery added later. In it, we see Prince Alfonso abdicate the throne to be with a commoner, Amalia, sending everything into a tailspin.

Leading the charge towards change are director of entertainment technology at Globo, Paulo Rabello, and the artistic director for the series Fabrício Mamberti. Variety spoke with the two about their ambitious new project.

Where did the technicians working on the special effects for the show come from?

Rabello : Specialized professionals are developed and trained internally. We also brought back two former Globo technicians that were working in New Zealand to help us. For more general demands, we brought in professionals from the Brazilian advertising market and film industry. I would also like to point out that there are many professionals who were trained at Globo that are now working abroad.

It is said that there will be up to eight times more special effects in this telenovela than in any other Globo production. Does that refer to quality or quantity of effects?

Rabello: We have a set of solutions in which we combine these two items. More quantity and quality. We had to adjust our internal processes focusing on optimization and increased speed. We also make use of state-of-the-art technological resources, such as smart cranes, motion capture, particle simulations and machine learning.

What is the impact of using a high cost technology in a telenovela with so many episodes?

Rabello: We prepared ourselves by implementing technological tools that enable us to optimize time and, therefore, costs. To meet such high demands we created a digital library with the basic special effects concepts, which can be altered and specifically tailored according to the needs of the scenes. We also developed a digital book with the main framings of the shots and lenses variations, in this way speeding up the montage process.

‘Deus Salve o Rei’ is set in a fictional place and time, so where did the show’s look come from?

Mamberti : We based it on the end of the Middle Ages. This was the starting point to all of the departments involved, because we needed a real base for us to build our own identity and have artistic freedom, without losing sight of the fact that we are creating a work of fiction with contemporary characters. This is important for the audience to identify with the characters.

Had you previously worked in any production like this? How much more time do you spend away from the sets focusing on special effects compared with shooting a more traditional production?

Mamberti: I have been working with visual effects for 20 years, but this is the first time on a production of this scale. Great planning was needed. The pre-production phase lasted almost nine months, which started with the creation of concepts. We produced over 400 creative concepts in order to ensure that all the teams had the same perspective of our visual identity.

This telenovela represents a move forward for Globo as its first medieval telenovela, and you are at the head of it. Can you talk about making that move?

Mamberti: It is one step forward in the sense of it being our first medieval telenovela but also in view of all the technology involved. Before this series, we didn’t have any props or references or anything. Everything was thoroughly researched and then had to be created and produced. It is a huge challenge, which we find highly stimulating. There is also the additional challenge of working with a huge amount of special effects on a daily basis. And we must keep up with this level of quality and grandiosity from the first episode to the last. In the case of ‘Deus Salve o Rei’ I believe that we are really creating a paradigm shift.