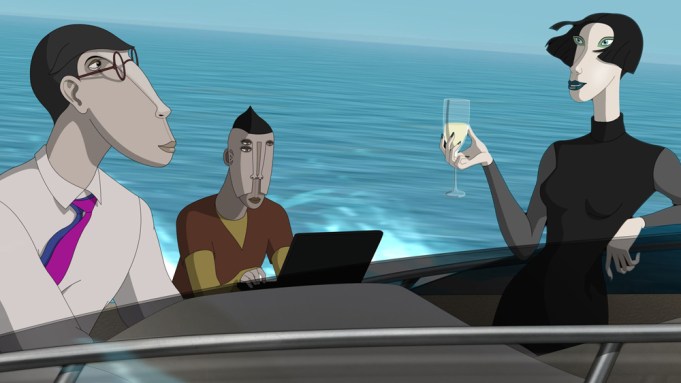 The English-language film centers on Ruben Brandt, a famous psychotherapist, who is forced to steal 13 paintings from world-renowned art galleries and private art collections, in order to stop his terrible nightmares from continuing. He and his gang of thieves, accompanied by four of his patients, strike with great success the Louvre, Tate, Uffizi, Hermitage and MoMA.

Brandt becomes known “The Collector,” one of the world’s most-wanted criminals. Gangsters and headhunters chase him around the world while the reward for his capture keeps rising, approaching $100 million. A cartel of insurance companies entrusts Mike Kowalski, a private detective and leading art-theft expert, to solve the case.

The film was supported by the Hungarian National Film Fund, of which HNFF World Sales is the sales arm. Mozinet will release the film in Hungary in November.