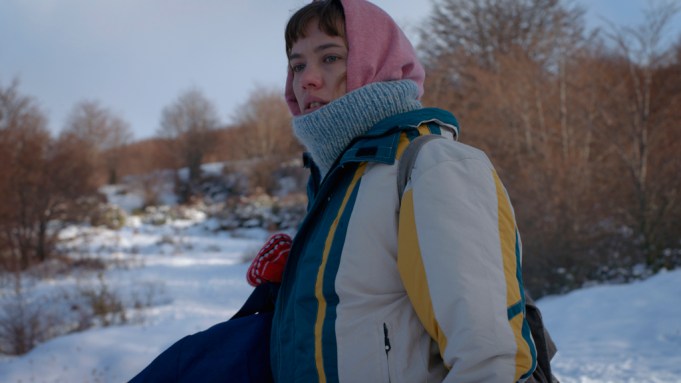 Germany-based Patra Spanou Film Marketing and Consulting has picked up world sales rights to “La Omisión,” which world premieres in the Berlin Film Festival’s Panorama section. Variety has been given exclusive access to the trailer.

Argentinian writer-helmer Sebastián Schjaer’s feature debut centers Paula (played by Sofía Brito), a 23-year-old girl from Buenos Aires, who moves to the southern-most city of the American continent, Ushuaia, a snowy, industrial town, often referred to as “The End of the World.”

She starts “an intense job hunt with the sole purpose of saving money,” according to a statement. “The lack of a job, a home and a stable emotional environment will end up turning that search into a personal and introspective journey. She will have to deal with the hard living conditions in the south as well as with the unsolved aspects of her life, which will gradually be revealed.”

In 2015 the project won the San Sebastián Co-Pro Forum (see Variety article) and was selected for the Cinéfondation Residence at the Cannes Film Festival.

In a statement, Schjaer said: “I was interested in focusing on the emotions and feelings of the characters. I felt that the only way to get closer to those emotions was through the most indirect way possible: evoking, suggesting the drama rather than getting directly into it. I was interested in talking about Paula’s pain, the impossibility to gain access to it and, above all, the difficulty of understanding it psychologically. There is no truth to get, no center to reach. The film revolves around itself, in the same confused and lost way as Paula does.”