Though, two weeks and more out from Ventana Sur, buzz still has to build on many new projects in the section, there’s also a good word on Andrew Sala’s “La barbarie,” Natalia Lopez Gallardo’s “Supernova” and Colombian Jennifer Yuribe’s “Sandra” – and curiosity to learn more about Uruguayan Aparicio Garcia’s “Matufia” after his one-of-kind debut earlier this year, the grindhouse rural mobster comedy “La noche que no se repite.”

“1976” is directed by Martelli, star of Andrés Wood’s “Machucha” and Alicia Sherson’s “Il Futuro.” It is co-produced by Chile’s Cinestación, run by film directors Dominga Sotomayor (“Too Late to Die Young”) and Omar Zuñiga (“Los Fuertes”), and Jonas Carpignano’s Stayblack (“A Ciambra”) in Italy.

A study of a woman’s unconscious self-repression in a highly conservative environment and its consequences when she suddenly wakes up to life, “1976” is set three years into Augusto Pinochet’s bloody dictatorship, turns on Carmen, 49, who disrupts her bourgeois life to help a young revolutionary she hardly knows. The film comes in at “the already-known violence of Chile’s dictatorship” “from a new angle, focusing on gender and domestic spaces at a period of time whose stories have commonly been told by men,” Martelli told Variety.

A fantasy social fresco, “Obra de choque” has a pregnant Cuban nurse, and ace sharpshooter being carried off from her dead-end farm to a luxury island in Cuba, learning that there’s no place like home. Cuban Marcos Díaz Sosa’s second feature, “Obra de choque” has pedigree producer backing from María Carla Del Río, Argentina’s Gema Juárez Allen (“Oscuro animal,” “Ruben Blades Is Not my Name”) and Sandino Saravia Vinay, a “Roma” associate producer and co-producer on “Birds of Passage.”

“Jesus Lopez” appears to return director Maximiliano Schonfeld to the high-concept invitingly allegorical mode of “The Black Frost,” his prior Berlin Panorama-selected fiction feature, in its tale of a young villager who adopted his deceased cousin, refuses to drop the adopted personality.

12 out of the 14 titles which will be pitched at Ventana Sur’s Proyecta are potential first or second features. Less than a conscious attempt to source new directors that reflects the “renovation” of Latin American cinema, said San Sebastian director José Luis Rebordinos.

“I get the impression there’s an explosion of new male and also female directors in Latin America, an ever larger number of interesting films from new talent,” he added.

Reflecting a far bigger picture, 10 of the 14 Proyecta projects are women’s stories, and seven turn on women attempting to find a new place in the world, sometimes through love or as simple rebellion at previously accepted circumstance. 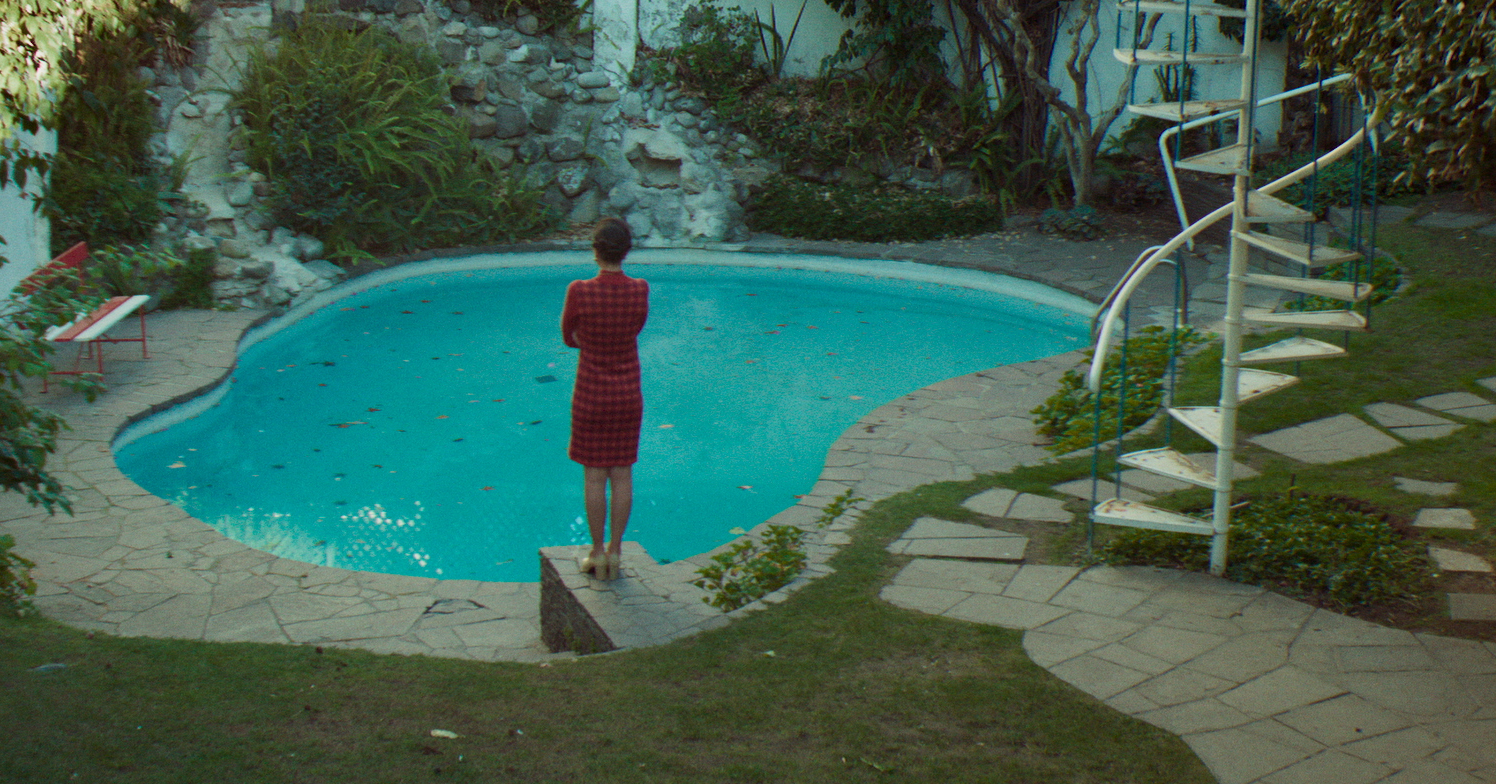 “We live at a time when the new revolution coming is a feminist revolution. It’s almost the only option we have to change the world and embodies women’s search for a place in the world that they merit,” Rebordinos said.

He added: “It’s not just movements like #MeToo but the number of women producers and especially directors is increasing, and many times they tell stories of their world, their relations and problems.”

That search for a new place in the world can be complicated. Produced by Alexander Arbelaez’s Monociclo Cine in Colombia, Yennifer Uribe’s “Sandra” turns on a single mother and security guard who yearns for a local bus driver, thinks their relationship could change her life, confusing sexual desire with love.

Lara Izagirre’s “‘Ane & Peio, a Paprika Love Story,” which also segues from San Sebastián, has a young wannabe journalist, stuck in the sticks, setting out on a road-trip in search of her first love, hoping this will change her life. Again, change might not be that simple.

But the search for change among female protagonists is Proyecta’s dominant narrative. The debut feature of editor, Natalia Lopéz, “Supernova” weighs in as a coming-of-middle-age tale about a woman going through a divorce, who questions her roles as a mother and wife while trying to find herself as an independent woman. The producer is Fernanda de la Peza, an on-the-rise Mexican editor-producer, whose upcoming projects include Amat Escalante’s “Estado del Imperio” and Joaquín del Paso’s “The Hole in the Fence,” both at Los Cabos Works in Development strand this year.

In Stefano Pasetto’s “The Veil,” already at San Sebastian’s Forum, a young Argentine nun returns home from 15 years in Europe to her family in Argentina, but senses everybody is hiding things. “‘The Veil” turns on “a quest for identity by a woman who is surrounded by deeply troubling family secrets,” the synopsis reads.

Switzerland’s Matthias Huber, whose 2014 Kaurismaki-ish debut, “They Chased Me Through Arizona,” drew fans at Locarno, returns with “The Jungle” a woman’s liberation story about a daughter who travels to meet her dying father in the jungle and, after her husband’s death, transforms into her younger self, escapes notions of property and patriarchy, and is set free. Also behind San Sebastian main Competition and now Toronto Platform-selected “The Innocent,” from Simon Jaquemet, Switzerland’s 8Horses produces.

“One of the powers of Ventana Sur precisely is to present these different faces. It’s a very interesting combination to have at the same time all those elements of the new world of images,” said Cannes Film Market head Jerôme Paillard, co-director of Ventana Sur.

As in the U.S., producers are looking more to equity to finance movies. For most movies at Ventana Sur that’s not so much to compensate for the softness of the pre-sales market as a contraction of theatrical sales on completed films.  In another contrast with the U.S., that equity comes not from private investors but overseas co-production partners, backed by state funds.

Proyecta principally targets potential co-producers, as pan-Latin America co-production is on the rise in key territories, such as Brazil, driven by the creation of bi-lateral treaties and minority co-production funds and a new generation of co-production-minded producers. As in TV, co-production allows directors to make films at budgets they require, and a producer to tap expertise from partners.

In a tougher theatrical film market, sales agents and distributors can close on a film at three distinct times in its life cycle: In early development, as a work in progress, or as a completed film. In the last case, it is taking distributors longer to decide, Paillard commented. But the markets certainly want to know about projects earlier in their industry cycle.

Other titles at Ventana Sur’s Proyecta are more classic tales of adolescent angst.

A coming of age come mystery drama, the latter typical of the director of “El Pantanal,” Andrew Sala’s “La Barbarie” turns on an unruly adolescent dispatched to his uncle’s cattle ranch where he is forced to confront the violence of the context, raping a local girl, as the farm’s livestock mysteriously dies.

The latest from “Güeros” and director Hari Sama producer Catatonia in Mexico, Paula Hopf’s debut “A Normal Girl” chronicles the relationship between a teen daughter and her chaotic, unstable single dad. She comes to understand that the scarce normality that surrounds her gives sense to the relationship she has with her dad. There is no such thing as a “normal” girl. ”

Presented at Rome’s October MIA market, “Pablo” pictures a young boy’s desperate attempt to find redemption and break free from his drug dominated world – a drug -addict mother, a smuggling girlfriend –  ingesting ovules containing his mother’s ashes to bring them back to Colombia and her house on the Magdalena River.

Loosely inspired by a real event, “Matufia” retains the sordid crime focus of “La Noche que no se repite,” turning on the attempted assassination of a soccer journalist whistleblower denouncing deeply embedded corruption in Uruguay’s fanatical soccer world. “Such events provoke disparate reactions, laughter, discomfort, even fear, which is the tone I want for the film,” commented director Aparicio García, a former sports journalist himself.

The winner this September of the top prize at the 9th Brasil CineMundi Intl.  Co-production Meeting, Ricardo Alves Jr.’s “A Professora de Francês” is a social drama that sometimes nears a horror film in its depictions of a humble local district.

Proyecta’s projects will be pitched to an industry audience on Tuesday, Dec. 11, followed by a networking cocktail lunch, said Paillard.