Alvaro Brechner on ‘A Twelve-Year Night,’ Exploring the Human Condition 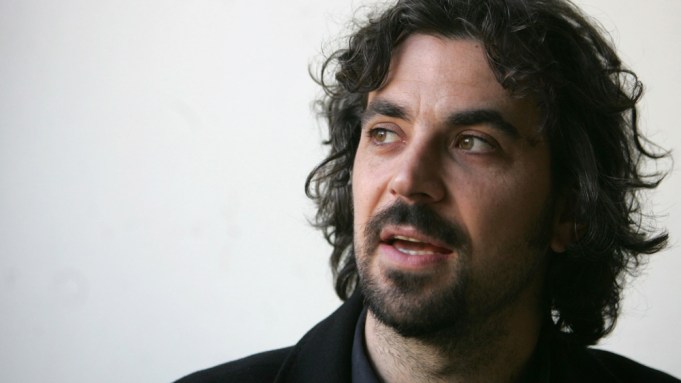 In his 2009 debut “Bad Day to Go Fishing” and 2014’s “Mr. Kaplan,” both Uruguay Oscar submissions, Alvaro Brechner, Uruguayan but Madrid-based, has charted characters’ battle for dignity. Captured here in a trailer, “La noche de 12 años” (A Twelve-Year Night) – which world premieres in Venice Horizons, plays San Sebastian’s Horizontes Latinos – retains the focus, but delivers a dramatically new context: the true-life-inspired 12-year incarceration in solitary confinement from 1972 of Jose “Pepe” Mujica, under Uruguay’s military dictatorship. Mujica went on to become an exemplary president of Uruguay, never sought revenge on his captors. A survival drama and an existentialist thriller, “A Twelve-Year Night” is a paean to the resilience of the human spirit.

“A 12-Year Night” is inspired by an interview-memoir written by Mujica’s fellow prisoners, Mauricio Rosencof and Eleuterio Fernández Huidobro. What was the key to the adaptation?
These men lived in total isolation. They couldn’t tell the difference between night and day or what month it was, aside from the heat or cold of night and day, summer and winter. For me, that constant mental confusion was the most important thing to transmit. We started from that source, but our work entailed almost four years of investigation and interviews.

What was your key aim when making the film?
My intention was to show the mental universe of people who were robbed of everything that makes them human, and everything they do to maintain themselves as human beings.

What saved them?
I asked them the same question. Mujica told me: “How do we know what we are capable of if we’re not placed in the worst circumstances?” I asked him what can be done to endure such a situation and he told me that put through that extreme situation, man tries to survive however he can. They had immense mental fortitude with which they could find relief and entertainment through thought, the only space which nobody but them could breach.

There’s something very stoic that allowed them salvation; something that also characterized Mujica’s presidential tenure. He told me one day: “I would not be who I am if it wasn’t for that time I spent being myself.”

That need to find the essential, I believe, was what helped them survive. And not only survive, but the way in which they did it — with no thought of vengeance.

What visual approach did you take to stress this intimate survival tale?
For me, it was essential that the visuals were “dirty,” that they came from the gut. In the end it is a difficult film, but the violence is buried. There’s no aesthetic recreation of violence. Here, it’s about depicting another kind of darkness. I wanted the camera to seem as confused as the characters. The camera is in a privileged place, but doesn’t know what’s going to happen.

What were main difficulties in representing total isolation?

It was less important to me to describe how those years were than, within the dramatic limits of cinematography, get as close as possible to the experiential. I met with psychologists and physiologists, to investigate life in isolation— which still exists. The problem is when our senses start to fail and you don’t have the horizon as a reference. The brain starts to unravel.

It’s not a prison movie…

No, it’s not. Two things are always present in a prison movie: the intent of escape; the recreation of a micro-society within the penitentiary. None of this happens here. It’s a film about descent into the depths of inner hell.

How should a viewer approach the film?
With the desire to go on a journey, not to be a tourist. It’s a film about the miracle of being human. As a viewer and a director, for me the only worthwhile films are those that try to explore the human condition.