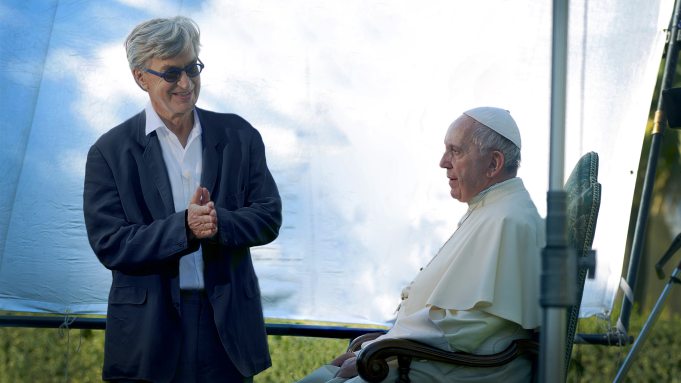 The Vatican TV Center has released a trailer for “Pope Francis – A Man of His Word,” the documentary directed by Wim Wenders. There is now speculation that the film could also launch from the Cannes Film Festival.

German auteur Wenders, the maker of “Wings of Desire” and documentaries such as “Buena Vista Social Club” and “Pina,” was given unprecedented access to the Pope over a two-year period for “A Man of His Word.” Wenders was also able to use exclusive footage from the Vatican TV archives of Francis on his world travels.

The documentary revolves around a long dialogue with the pontiff, who answers questions “about the main global challenges of the contemporary world: death, social justice, immigration, ecology, inequality, materialism, and the role of the family,” according to a Vatican TV Center statement.

The visual style that Wenders has adopted for the film allows Francis to address audiences informally and to “establish an intimate relationship with people in different paths of life: workers and farmers, children and the elderly, prisoners and refugees, inhabitants of shantytowns and refugee camps,” the statement said.

As previously announced, Focus Features has set a May 18 U.S. release date for “A Man of his Word,” which is expected to launch initially on about 100 screens. It will also go out in the U.K. on that date.

The film has been submitted to Cannes, according to a source involved in the production, who added that they are now waiting for a response. Cannes runs May 8-19, so the timing would be compatible. Focus Features, which acquired world rights to “A Man of his Word” during Cannes last year, is believed to be mounting an innovative global marketing strategy that is still being kept under wraps and that may depend on whether it gets into Cannes or not.

The doc was originated by Msgr. Dario Edoardo Viganò, Prefect of the Secretariat for Communication of the Holy See, who is film buff and a big Wenders fan. It is produced by Wenders with Samanta Gandolfi Branca, Alessandro Lo Monaco (“The World’s Smallest Army”), Andrea Gambetta and David Rosier (“The Salt of the Earth“). The film is a co-production comprising Célestes Images, Centro Televisivo Vaticano, Solares Fondazione delle Arti, PTS Art’s Factory, Neue Road Movies, Fondazione Solares Suisse, and Decia Films.