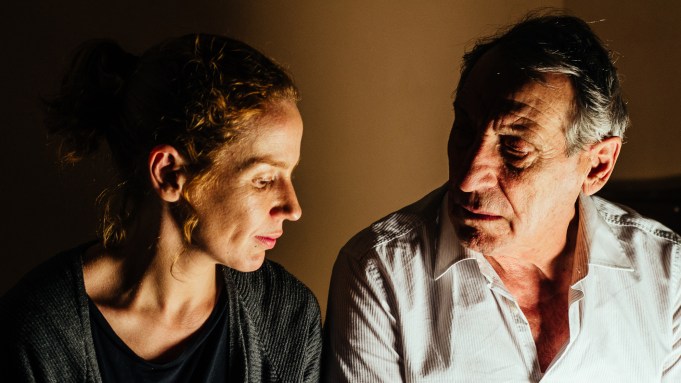 Baño has previously participated at Locarno’s Pardi di domani with his shorts “Eco” (2015) and “Ser e voltar” (2014). He was selected by Variety as a top Spanish talent in 2015 and snagged a Slamdance nomination and a win at the Aspenshorts Fest with “Anacos” in 2013.

‘Trot’ is produced by Frida Films, with Lithuanian Ciobreliai Films co-producing. An independent arthouse production outfit based out of Santiago de Compostela, Frida Films productions include Adán Aliaga’s “The Ethernaut’s Wife” and Nely Reguera’s “Maria (and the Others),” best film in Miami’s HBO Ibero-American Competition.

An ensemble drama, ”Trot” revolves around a Galician family living in a rural mountain village. One of the main characters is Carme, who lives with her parents while her older brother lives in the city. She works in a bakery and plans to flee her oppressive way of life.

“Baño creates a unique atmosphere by transforming the silence that characterizes the communication of the family portraits into a rising tension. The film is crowned by Lucía C. Pan lensing, with images of raw nature and the horse-obsessed Galician society,” Spanou told Variety.

Baño quotes W. H. Auden saying: “Human beings, as much as food and sleep, need to escape,” pointing out this reflection as the driving force for the film.

“As a society,” he went on, “we barely listen to the animal there is inside us. People used to think that happiness comes from the opinions others have about us and not from our inner feelings. This aspiration to explore our deepest feelings is what defines ‘Trot.’”

The film is set during the weekend of “Rapa das Bestas,” a festival symbolic of the age-old struggle between man and horse. The popular celebration includes local men cutting the manes of the wild horses who live free in the surrounding area.

“This story could take place in any part of the world where people live close and keep an eye on each other, where tradition is still alive,” Spanou added, calling “Trot” a “universal story about family and its conflicts, as well as forced sacrifices and the wish to break free.”

“Trot” was selected as a project at San Sebastian’s Kusmira Berriak program, and was presented at the Agora Works in Progress of the Thessaloniki Film Festival.

Xacio Baño belongs to a bourgeoning new wave of Galician directors and producers who are building an arthouse movement deeply rooted in Galicia’s traditions and lush landscapes with a surprising, minimalist visual style.

Among possible causes for this artistic blossoming, Baño mentions the numerous small local festivals in Galicia (Cans, Play-doc, s8 Mostra de Cinema Periférico, Curtocircuito) and development aid exclusively targeting creators launched by the regional government in 2009, and managed by the Galician Agency of Cultural Industries (AGADIC). These sources of aid, however, have recently been halved. How that may affect future generations is a subject for debate.

Baño is developing his sophomore outing, “Ana and the Future,” also produced by Frida Films, a dramatic thriller about a woman who comes back to her native village where she is forced to do things she would have never imagined.