Michael K. Williams Still Wants to Be Part of the ‘Star Wars’ Franchise 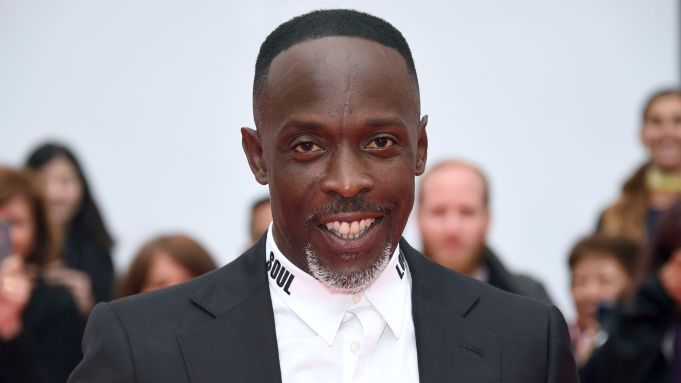 The actor’s role was cut from the standalone Han Solo film “Solo” after director Ron Howard’s reshoots conflicted with his schedule. Paul Bettany stepped in and the character was reimagined for the new casting.

“I have not had the chance to see ‘Solo’ but shout out to my cast mates,” Williams told Variety on Saturday at the HFPA and InStyle party at the Toronto International Film Festival. “Even though I didn’t make the final cut, they’re still my cast mates. I love you guys.”

He hasn’t seen ‘Solo’ yet, but “I’m quite sure I’ll get around to it but I’m more interested in getting another shot in being in that galaxy…I would love another opportunity to be in ‘Star Wars.’”

Williams was one of the dozens of stars to hit the HFPA/InStyle party, which was held at the Four Seasons Hotel for the first time after years of being located at the Windsor Arms Hotel.

Jonah Hill was one of the first to arrive at the soiree, where fans converged behind barricades lining the circular driveway.

Inside the party in a high-ceiling ballroom, Timothée Chalamet and Olivia Wilde hugged each other while Daniel Kaluuya took a photo of Amandla Stenberg and a friend. Amber Heard chatted with Armie Hammer and Robert Pattinson held court in a corner of the room.

Melissa McCarthy spent some time on a couch talking with InStyle editor-in-chief Laura Brown with her “Can You Ever Forgive Me?” co-star Richard E. Grant sitting nearby as pop music blasted from the speakers.

The menu for the evening featured an array of desserts including chocolate eclairs and lemon cream cakes.

“If Beale Street Could Talk” star Kiki Layne danced with her mom, who was also celebrating her birthday.

The party was still raging at 1 a.m. when a sleepy-eyed security guard walked into an elevator, looking at this watch and sighed, “Just one more hour until it closes.”