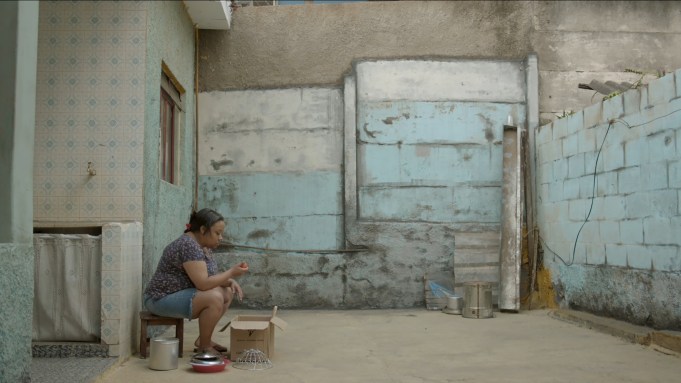 FiGa Films will introduce “Temporada” to buyers at next week’s Locarno Festival, where it world premieres in the Swiss festival’s Filmmakers of the Present section, reserved for newer auteurs. Variety had had exclusive access to the film’s first international trailer.

Sneak-peeked in rough cut at Toulouse’s 33rd Films in Progress, “Temporada,” Novais Oliveira’s second feature, follows on shorts “About a Month” and “Quintal,” both chosen for Cannes Directors’ Fortnight, and his feature debut, “Ela Volta na Quinta” (She Comes Back On Thursday), which won a Special Jury Prize in main competition at Argentina’s 2015 Bafici festival.

“She Comes Back on Thursday” was set in the suburbs of Belo Horizonte, a city which, though Brazil’s sixth largest at the last count, is still largely unknown abroad. “Temporada” unspools even further off the tourist radar. In it, Juliana moves from her home town of Itaúna to the bigger city of Contagem, just 13 miles from Belo Horizonte, to take up a job in its health department, inspecting houses to eliminate mosquito habitat, so potential dengue fever. When her husband fails to follow her to Contagem, Juliana is forced to strike out on her own. “Temporada” records her inner journey, a modest but affecting personal revolution.

“She Comes Back on Thursday” starred Novais Oliveira’s own family and the director himself playing a family with their names, though the film’s events are fictional. “Temporada” features a lead performance by Grace Passó, winner of the 2017 Best Actress Award at the Rio Film Festival for her work in Lúcia Murat’s “Praça Paris.”

In other ways, however, “Tempoorada” draws deep on the grammar of naturalistic and near-documentary cinema, in its extended sequence takes, record of Juliana’s daily life, shots of environment, lived-in interiors, and secondary characters often also seeking to break out of their impunity and chase modest dreams.

The picture it builds of traditional womanhood, via characters Juliana meets or a photo she finds in a draw, is of women who are allowed a brief period of love, then a life as a wife and then mother. Forcibly independent, Juliana breaks out of this dependence trap.

The trailer captures much of Novais Oliveira’s style and unforced pace. Juliana has gingerly climbed up a ladder onto a roof terrace to inspect its plant pots and buckets for any potential site of standing water. The house owner talks about the view, how Contagem has grown, especially in the last decade. But for 45 seconds Novais Oliveira holds onto an establishing shot with Juliana and the owner in the mid distance, because a carefully paced series of views of houses, a street, a lagoon in Contagem, climaxing with a final panoramic city view. “So many people!” Juliana exclaims. Her immigration story, for Brazil, is just one of millions.

“‘Temporada’ shows a Brazil beyond the usual stereotypes, something for which André Novais Oliveira’s earlier doc/fiction work has prepared him perfectly,” said Sandro Fiorin, CEO of FiGa Films.

Fiorin added that “Temporada” “fits perfectly into our catalogue, and we are very happy to start representing the film in Locarno.”