Lady Gaga on ‘A Star Is Born,’ Addiction and Her Gay Fans 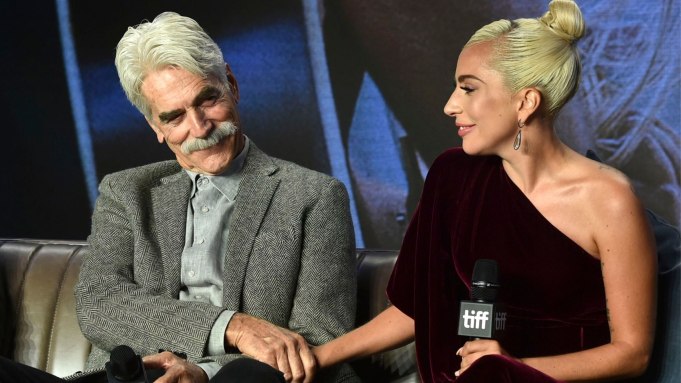 Lady Gaga talked about the need for more compassion for those suffering from addiction, particularly in the entertainment industry, during a press conference for “A Star Is Born” at the Toronto Film Festival.

“I think what would be wonderful is that we intervene early in life when we see people struggling,” Lady Gaga said. “I think fame is very unnatural. I think it’s important we guide artists and take care of them on a physical level as they rise.” She noted that most people thought celebrities change, but she felt like it was more that those around them did.

Gaga is in Toronto with Bradley Cooper, her co-star and director of “A Star Is Born,” the Warner Bros. release that is being championed as an early Oscars frontrunner this awards season. Gaga plays Ally, a young woman who meets an alcoholic rock star named Jackson Maine (Cooper) at a bar and pursues a romance with him, as her career rises and his falls.

“I always knew I wanted to direct since I was a kid,” Cooper said. “I was just terrified of it. As I get older, time is the bigger currency.” He said that turning 40 helped put him in the director’s chair. “It’s time to do it,” he said.

This latest remake of “A Star Is Born” went through different iterations in pre-production (with Clint Eastwood at one point attached to direct and Beyonce considered to co-star). When Gaga auditioned to play Ally, Cooper asked her to wipe off her makeup.

“I was trying to trick him with my no-makeup makeup,” Gaga laughed. She dyed her hair to its natural brown color for the movie. “It was a challenge, but it was also liberating.”

Before they met, Cooper said he saw Gaga perform at a fundraiser, where she belted out a rendition of “La Vie En Rose,” which inspired him to put the song in the film.

He also changed the location of their characters’ first meeting — making it a drag bar — based on a story Gaga told him at the venues she performed at as a younger artist in Manhattan’s Lower East Side. Gaga attributed the success of her career to her dad, who watched her the piano when she was a little girl writing songs, and her fans. “I make a joke sometimes, behind every female icon is a gay man,” she said. “I really wouldn’t be here without the gay community, what they have taught me about love and acceptance and bravery.”

She said that her instant friendship with Cooper allowed her to be more vulnerable onscreen. “I think Bradley is an incredible filmmaker,” Gaga said. “I have acted before, but I’ve never been the lead actress of a feature film. Every day on set was such a thrill to watch him work. You can see the gears turning while he’s working even when he’s in character.”

For encouragement between takes, Cooper would tell her things like “come on, assassin” or call her a “ninja.”

“I had the lines memorized,” Gaga said. “He told me the most important thing was to know what I was trying to say. To tell the story I was trying to tell in the scene. I could just throw it all away and exist in this precise but completely liberating environment. It was not rigid. It was an artistically free experience.”

Gaga convinced Cooper to sing his songs live onscreen. They jumped onstage at several music film festivals, shooting musical numbers in only a few minutes with only one take. “It’s one thing to sing in the shower,” Cooper said. “It’s another to sing in front of 25,000 people. Your endorphins go and you breath goes.”

“I was freaking out over his voice,” Gaga said.