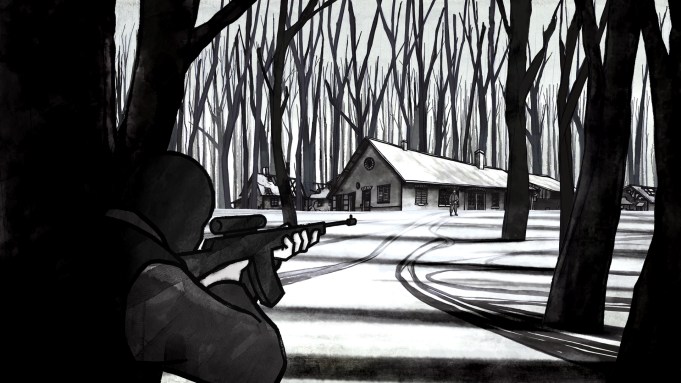 Swiss filmmaker Anja Kofmel, an alum of Lucerne’s School of Design and Art and Paris’ École Nationale Supérieure des Arts Décoratifs, makes an assured feature debut with “Chris the Swiss,” which deftly fuses animation, reportage and memoir to explore the mysterious death of her cousin during the Balkans War.

The movie has already gained industry and festival recognition: a four-way European co-production, led by Zurich-based Dschoint Ventschr, with international distribution by Paris-based sales agent UDI, it was selected for the Cannes Film Festival’s 2018 Critics’ Week, featured out of competition at Annecy Film Festival, and screens this week at the Karlovy Vary Film Festival.

“Chris the Swiss” tells the story of Christian Würtenberg, a Swiss journalist who was murdered under strange circumstances during the Balkan War, having seemingly joined a ruthless gang of mercenaries. The film follows Würtenberg’s then 10-year-old cousin – Kofmel herself – and her attempt later in life to find out what happened to him. The animated segments imagine what Würtenberg might have gone through in the last weeks and days of his life, while the live action chronicles Kofmel’s investigation, which includes interviews with mercenaries, journalists, Würtenberg’s relatives, and even a short audio interview with Carlos the Jackal.

“The biggest challenge was how to find the balance between animation and live action. And for me it was also very important that although it was a very personal tale, it would still appeal to other people that were not part of the family,” Kofmel told Variety.

Regarding her influences as a filmmaker, Kofmel cited Joshua Oppenheimer’s “The Act of Killing,” which she rates highly for its singular approach to exploring the difference between the inner perception of reality and the outside world.

While some documentaries seek to explain the world, others emphasize the unexplainable. Kofmel uses a near surreal symbolism to depict the murky horror of the Balkans War, as in a scene where a swarm of insects suggests an army of soldiers attacking a village.

However meticulous Kofmel’s investigation, the real heart of the film remains the huge impact the death of Würtenberg, a hero to the young director, had on her then and now. Despite the film’s documentary thrust, Kofmel’s use of animation is a recognition that she can only guess at the circumstances of her cousin’s death.

Linking with the concerns Kofmel expresses in “Chris,” about the blurred line between the real world and how we perceive it, the Swiss helmer is developing “Hello Isabel.” “It’s the story of a blind-born girl who – thanks to some new technology – is suddenly able to see. But she doesn’t see the same world as people around her,” Kofmel said. The new project will be a fictional story which the director again expects to tell through a hybrid form.

“I think the time is now ready for audiences to see this kind of films. It is not the first time that these hybrid films exist, but there is the tendency now for festivals to also show and support them,” she added.