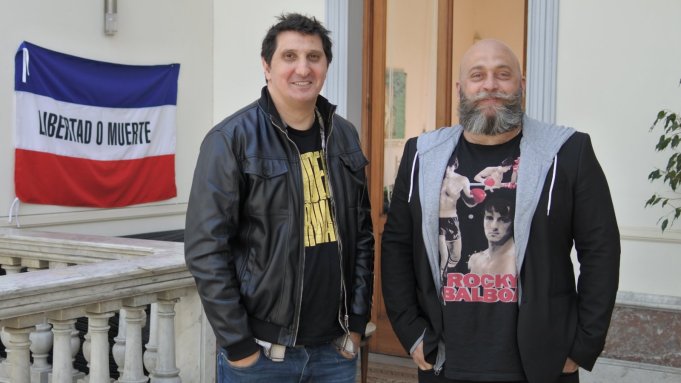 SAN SEBASTIAN — Gustavo Hernández and Ignacio Cucucovich’s Mother Superior, producer of Hernandez’s “La Casa Muda” and “You Shall Not Sleep,” has acquired Spanish-language remake rights to cult movie “Big Bad Wolves,” a film Quentin Tarantino described at Busan Festival in 2013 as best film of the year.

The move is sure to make waves with a long litany of potential producer partners, conjoining the talents of two of Latin America’s foremost genre pioneers with a movie which sparked some travel reviews and boasts the tonal shifts and social underbelly of much modern genre movies.

Directed by Israel’s Aharon Keshales and Navot Papushado, produced by United Channels Movies (UCM) and inspired in part, its directors maintained, by the movies of Tarantino himself and the Coen brothers, “Big Bad Wolves” turns on a vigilante cop out to snare the author of a series of brutal murders, a kind of Dirty Harry figure who’s dismissed from the police force when he hires two thugs to beat up a suspect.

But the father of the latest victim is prepared to go much further. When the main suspect in the killings – a religious studies teacher arrested and released due to a police blunder – he abducts him and with the ex-cop’s aid subjects the nebbish suspect to every kind of appalling torture the directors could think up to wring the truth out of him.

With the torture often played for laughs and the movie edging towards an allegory of the levity with which violence is applied in the modern world, “Big Bad Wolves” can be taken multiple ways in a remake.

“The lack of security in Hispano-America has become critical. You hear every day tragic cases of homicides, adductions, attacks, corruption. Sadly, we’re becoming accustomed to surviving this fatality,” Hernández commented.

“The ambition to adapt a film like ‘Big Bad Wolves’ comes from the context of the region where I live., It allows me to develop a cathartic story on injustice, as a citizen, father and cineaste,” Hernández added, saying that the reversion will be “agile, raw and visceral, making the audience part of the ethical decisions. responsibilities and consequences which the film’s protagonists will suffer because of their actions.”

“This project finds us in the exactly right moment in our careers,” said Cucucovich. He added: “We strongly believe that the bet we’ll make with this film is a risky given the immense responsibility implied in taking this project and our company to another level.