Watch the First Trailer for Yona Rozenkier’s ‘The Dive’ (EXCLUSIVE) 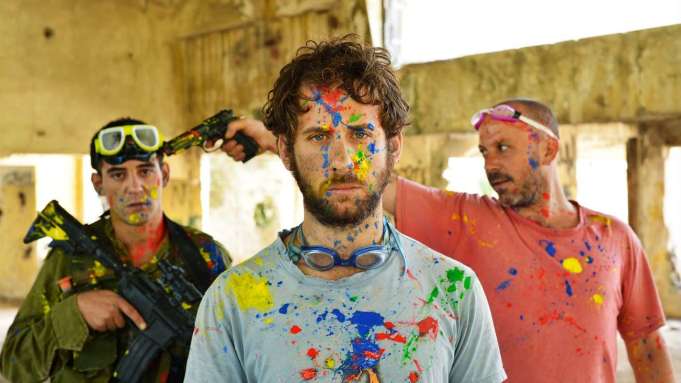 Director, writer and actor Yona Rozenkier’s semi-autobiographical debut feature “The Dive” is playing this week in the Filmmakers of the Present section at the Locarno Festival and world premiering in the Best Israeli Feature competition at the Jerusalem Film Festival. The film’s sales agent, Paris-based Stray Dogs, has given Variety exclusive access to a new trailer and the poster for the family drama.

The film was well-received following it’s Jerusalem world premiere if first reactions are anything to go on.

The film plays with notions of masculinity in a society that is defined by conflict. In it, three brothers – Yoav, Itai and Avi – have come together in their dying-if-not-dead hometown to bury their father, who has requested that his remains be placed in an underwater cave.

The youngest of the three, Avi, is nearing the end of his compulsory military training and understandably anxious about heading to war. Whether or not the father’s remains are dealt with as requested becomes secondary, as Avi looks to his brothers, both of whom have battlefield experience, for guidance and support heading into the next phase of his life. However, both have vastly different opinions on the matter.

In the trailer, we first meet Avi, and are instantly made aware of the leisurely way in which potentially deadly attacks are perceived by the locals. A simple text message is the only method of warning issued during a missile strike.

Next we are introduced to Yoav, the prodigal son returned. His estranged relationship from the family is made clear in the way in which his name is included in his father’s last wishes.

Finally, the practical and well-trained Itai completes the trio and begins to help prepare Avi for what may be awaiting him once he arrives in Lebanon.

Scenes of conflict and fraternity are teased with throwback dance music accompaniment, and the strained nature of the brothers’ relationship is further emphasized as it becomes clear that while Itai wants to help Avi be the best soldier he can, Yoav would prefer to have nothing to do with the reunion at all, and would rather stay removed from violence.

The film is the first feature of Tel Aviv’s Gaudeamus Productions. The film, which had previously won the inaugural $100,000 grant from the The Steve Tisch Foundation for First Features, premiered at the Jerusalem Film Festival in the Israeli competition this week.