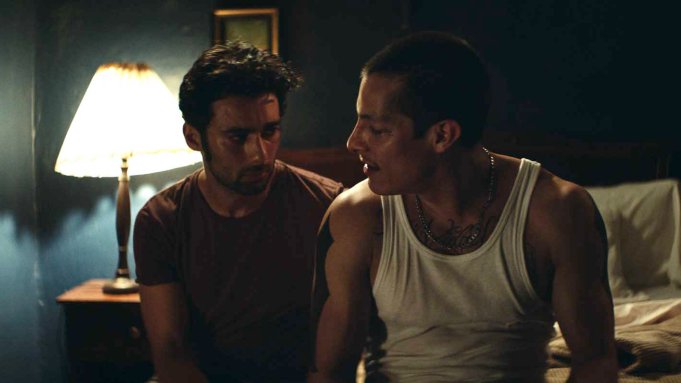 Miami-based FiGa Films has snared all rights to “Fireflies” (“Luciernagas”), its first acquisition on the eve of the 16th Morelia Int’l Film Festival. Drama world premieres on Sunday, Oct. 21 and competes with nine others in Morelia’s official Mexican feature film category.

Written and helmed by Iranian-born Mexico City resident Bani Khoshnoudi, “Fireflies” turns on a young gay Iranian who finds himself stranded in Vera Cruz, Mexico after boarding the wrong cargo ship in Turkey. After escaping persecution in Iran, he now faces a different set of challenges, including a new language, customs and relationships. Variety has had exclusive access to the trailer and film poster.

“We are fortunate to be working with Bani; she’s a rising star,” said FiGa Films’ Sandro Fiorin, adding: “ ‘Fireflies’ is such a unique Mexican film; it’s a reflection of her background and multiple talents.”

“The particular story of Ramin was something I came up with in the wake of the 2009 revolt in Iran, and the fresh exodus of youth, especially marginalized groups such as LGBTQ, who were fleeing the renewed repression,” said Khoshnoudi who moved to Mexico in 2009 and lists the port city of Vera Cruz as one of the first places she visited in the country.

“What used to be the most important port of entry into Latin America has this special aura about it: Exotic, sexy, nostalgic, and full of traces of this exile background,” she said, citing a similar story of an Iraqi immigrant who ended up in Vera Cruz after boarding the wrong ship.

The title “Fireflies” is inspired by a 1975 op-ed by the late Italian filmmaker Pier Paolo Pasolini who described “the state of fascism and cultural resistance in Italy at the time, creating a metaphor for resistance as the disappearance of fireflies, said Khoshnoudi.

Khoshnoudi also cites “Survival of the Fireflies,” a book by Georges Didi-Huberman who suggested that fireflies were individual beings creating light and interconnecting with each other.

“My characters are like these fireflies, resisting, surviving, making their light alone and in tune with others, yet remaining all the while invisible,” Khoshnoudi mused.

“Fireflies” won the Cine + Prize at the Films in Progress pix-in-post competition in Toulouse 2018.

Backed by the Hubert Bals Fund Plus Europe, Ibermedia and Imcine funds, “Fireflies” is co-produced by an international set of players led by Mexico’s Elsa Reyes of Zensky Cine and Khoshnoudi’s Pensee Sauvage Films.

France’s Janja Kralj (KinoElektron), with whom Khoshnoudi is developing her next feature film, “Guard,” is an associate producer.

To be filmed in Paris, “Guard” is a political thriller set in the early 2000s. Khoshnoudi describes it as a “psychological pursuit of memory and menace,” starring Italian-Iranian actress Maya Sansa and Iranian thesp Hamid Javdan.