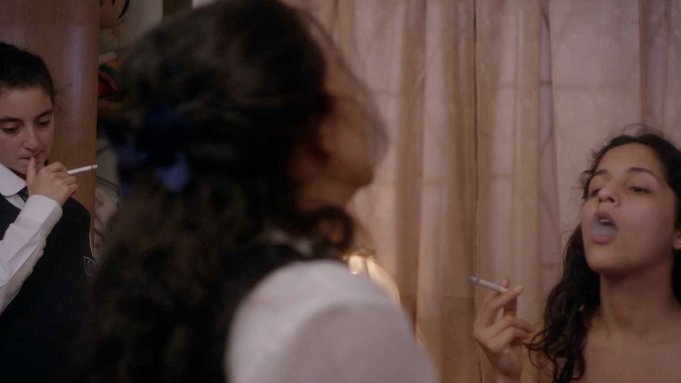 SAN SEBASTIAN — Chilean director Ignacio Jurucic will world premiere his debut feature “Enigma” in the Horizontes Latinos section of the San Sebastian International Film Festival (SSIFF) on Thursday afternoon. Variety has been given exclusive access to the film’s first trailer.

Sold by Sandro Fiorin’s Miami-based FiGa Films and produced by Santiago-based Inefable, “Enigma” comes to San Sebastian as a highly-anticipated title from a director whose 2015 short, “Lost Queens,” won a Queer Palme and was runner-up for the Cinefondation Prize at the 2015 Cannes Festival. Juricic was also selected as one of Variety’s 10 Chilean Directors to Track ahead of the 2017 Sanfic Festival held each August in Santiago, Chile.

“Enigma” turns on Nancy, a dowdy 54-year old hairdresser, who is offered to appear on a true-crime TV show which could shed light on the violent death of her lesbian daughter 8 years prior, when she was beaten to death after leaving a gay club.

In her decision-making process, Nancy confronts her family and the pressers they and friends apply on her, since, implicitly in their eyes, a TV appearance would merely announce to the world that her daughter was a lesbian. The family pressure is pointed up by Juridic’s original camerawork, shooting the family often in mid-shot, cooped up in their family home, subsuming Nancy in a larger (and highly conservative) collective.

Nancy, who didn’t even realize her daughter was a lesbian, slowly comes to a decision, moved by huge hurt, which will define her for life.

Questions of identity, perceived morality and hypocrisy, frequent themes in Juricic’s work, are asked of Nancy, her family and the audience itself.

“Enigma” is about family relationships, the grief, living our daily lives without having any closure on justice,” Juricic said.

He added: “In the ‘90s when we were all transitioning to democracy. In Chile, things kind of continued as if nothing has happened, meaning that there’s no sense of justice or truth in what Pinochet’s regime. People have to kind of continue with their lives.

The film received support from all over the world, including the Council of Culture in Chile and the Tribeca Film Institute Latin American Fund. Juricic was also selected to participate in Australab, FIV Valdiviva, Rotterdam Lab, Sanfic Lab and Lobo Lab in Mar del Plata. The film participated in works in progress sections at Guadalajara and Toulouse earlier this year.

John Hopewell contributed to this article