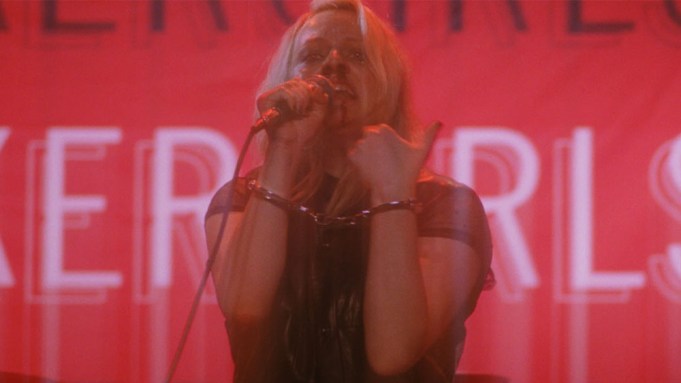 The deal was announced Thursday following the film’s sold out screenings on the opening weekend of the 56th New York Film Festival. “Her Smell” had its world premiere at the Toronto International Film Festival. The film is planned for a theatrical release in 2019, followed by an awards push for Moss.

Moss stars as Becky Something, a maniacally destructive punk rock star and leader of the seminal all-female rock band Something She, who pushes her relationships with bandmates, family, and followers to the limit as she wages a years-long war against sobriety, while attempting to re-engage the creativity that had once led her band to massive crossover success. The cast also includes Cara Delevingne, Dan Stevens, Agyness Deyn, Amber Heard, Ashley Benson, Dylan Gelula, Virginia Madsen, and Eric Stoltz.

Owen Gleiberman gave the film high praise in his review for Variety: “In “Her Smell,” Elisabeth Moss tears into the role of Becky Something, a strung-out hellion indie rock star of the early ’90s, like an angry lioness ripping through a slab of raw meat.”