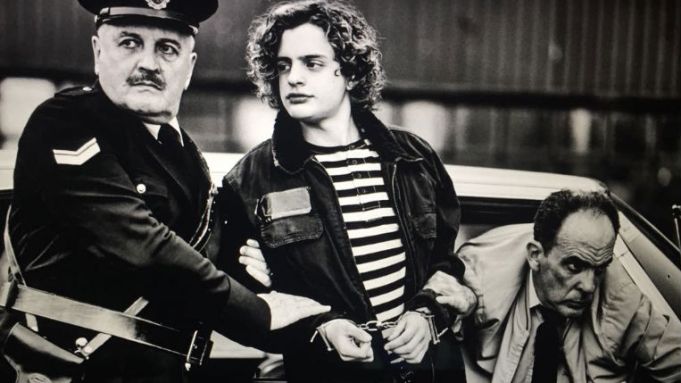 Luis Ortega’s “El Ángel” is set to world premiere Friday at this year’s Cannes Film Festival, where it plays in Cannes’ Un Certain Regard. Variety has been granted access to the first exclusive clip of the upcoming serial killer origin story.

Sold by Film Factory, produced by Argentina’s K & S and Pedro and Agustin’s El Deseo and co-produced by Argentine broadcast network Telefe – a quartet behind “Wild Tales” and “The Clan” – “El Ángel” also marks an incursion as a producer into feature film production of Underground Producciones, of one of Argentina’s foremost drama series production houses (“El Marginal”).

“El Ángel” explores the dark beginnings of Argentina’s longest-serving prisoner and one of its most brutal killers, Carlos Robledo Puch. Dubbed the “Angel of Death” because of his angelic blonde curls, Carlos started experimenting with petty crime in early adolescence. In time his ambitions escalated as a means of showing off to Ramón, his first friend after changing schools.

When finally apprehended, Carlos’ appearance and charm woo the public, and he becomes an overnight celebrity. In the short amount of time he was active, Carlos is believed to have committed more than 40 thefts and 11 homicides. He has already served more than 40 years behind bars.

In the trailer, we see Carlos, played by newcomer Lorenzo Ferro, in what must surely have been a seminal moment in his life, the first time he fired a gun. Seated with his friend Ramón and the boy’s father, the cavalier attitude towards firearms is nearly as sinister as the unbridled joy displayed by Carlos after his first shot.

It will be released by 20th Century Fox in Argentina on Aug. 9