How ‘Blockers’ Brings a Feminist Twist to the Prom Sex Comedy 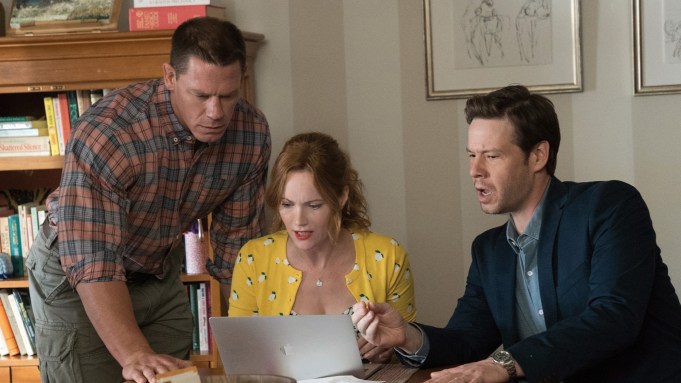 After launching “21 Jump Street,” “Neighbors” and “Trainwreck,” South by Southwest has a proven track record for catapulting studio comedies into the mainstream. And now, it looks like the Austin festival has another hit on its hands. “Blockers,” a sweet and raunchy coming-of-age story, played through the roof at the Paramount Theater on Saturday night, met with spontaneous laughter and cheers. Judging by the strong reviews, Universal Pictures can probably count on a box-office home run when the movie opens on April 6.

“Blockers” is like “American Pie” meets “Bridesmaids.” It follows a group of three teenagers (played by the winning Geraldine Viswanathan, Kathryn Newton and Gideon Adlon), who make a pact to lose their virginity on prom night. This isn’t a unique premise. But it’s never been told from high school girls’ point of view with a female director behind the camera. And the story doesn’t focus only on characters who are white and straight.

“Part of what attracted me to the script was it was from the female perspective,” said the film’s director Kay Cannon at a Q&A after the premiere. “This is their experience and this is an underserved story. It was exciting to tell that underserved story.”

Hollywood started to gravitate toward R-rated raunchy comedies after the success of Judd Apatow’s “The 40-Year-Old Virgin.” But, for the most part, these movies are made by men. Cannon came from working as a writer on TV shows like “30 Rock” and “New Girl,” which championed strong female protagonists. How did she make the leap to directing her first feature? “When you’re a TV writer or showrunner, you’re on set all the time,” Cannon said. “You feel like the director of directors. It’s a natural evolution.”

“Blockers” is the rare prom comedy that gives as much screen time to the parents as the kids. They are played by Leslie Mann, Ike Barinholtz and John Cena, who learn about the virginity pact and try to sabotage it. Cena’s turn, as an overprotective dad, continues his streak of comedic supporting roles in “Trainwreck” and “Sisters,” but it should elevate his career as an actor. Cannon thought of him after seeing his monologue at the 2016 EPSYs, which he hosted. She was impressed by his comedic rhythm.

“That and I was the only guy who would chug beer up my butt,” Cena said, referring to one of the film’s most outrageous scenes.

There’s something very timely about “Blockers.” Against the backdrop of #MeToo and Time’s Up, the movie celebrates its female characters’ desires. More often than not, prom comedies are driven by what the boys want. “Honestly, I don’t know if this movie would have been made five years ago,” Cannon said. “I definitely don’t think I would be the director. I hope it opens up a conversation and bridges the gap, where we can start treating women as humans as opposed to sexual objects. That there’s an agency over their decisions and they are in control over their bodies.”