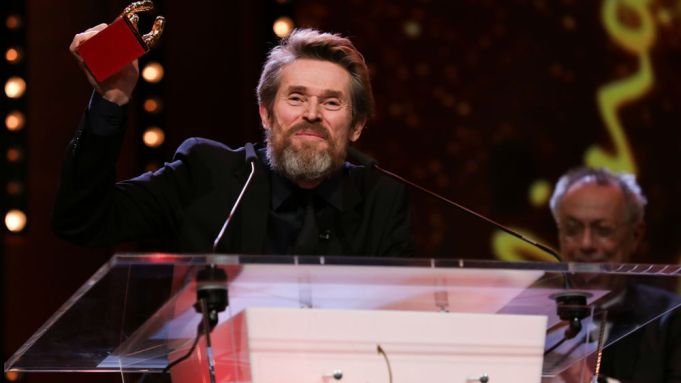 The 68th Berlin Film Festival got off to a festive start on Thursday as Berlinale director Dieter Kosslick and German Commissioner for Culture and the Media Monika Grütters welcomed international stars, industry bigwigs and German President Frank Walter Steinmeier to the glitzy opening gala premiere of Wes Anderson’s “Isle of Dogs” – the first-ever animated film to open the fest.

Among the stars on hand for the show were “Isle of Dogs” voice actors Bill Murray, Bryan Cranston, Jeff Goldblum, Greta Gerwig, Tilda Swinton, Bob Balaban and Liev Schreiber, who accompanied Anderson for the premiere.

A considerable number of women in the audience wore black in support of the #metoo movement, a fact not lost on the show’s host, German TV entertainer and comedian Anke Engelke, who quipped in German: “Wow, look at this, a room full of men and women – boy, are we brave!”

Taking to the stage, Grütters paid tribute to legendary German star Marlene Dietrich for breaking gender boundaries as far back as 1930 when she wore a tailcoat in Josef von Sternberg’s “Morocco,” her Hollywood debut.

“It’s a shame that instead of celebrating women in pantsuits, we have to deal with men in bathrobes,” Grütters added.

Reminding the attending guests of Berlin’s divided Cold War past, the city’s mayor, Michael Müller, said Berliners had now lived just as long without the wall as they had with it. “That’s something we can treasure.”

Aside from cracking a bad dog joke at the expense of Lars von Trier, Kosslick was uncharacteristically subdued in his few short remarks before introducing the fest’s international jury, led by German helmer Tom Tykwer.

A total of 24 films are screening in the competition section, five of which unspool out of competition.