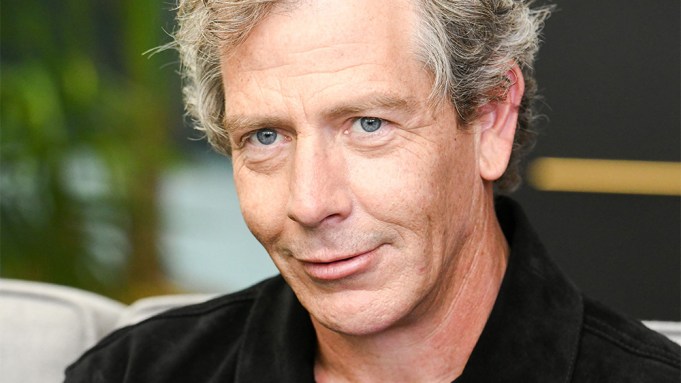 Filmmaker Nicole Holofcener and actors Ben Mendelsohn and Thomas Mann dropped by the Variety Studio presented by AT&T at TIFF to talk about their new movie, “The Land of Steady Habits.”

The adaptation of the Ted Thompson novel stars Mendelsohn as Anders, a man who abruptly quits his job and leaves his wife. During the conversation, it was revealed that Mendelsohn had previously auditioned for Holofcener for another movie, 2006’s “Friends with Money.”

“It remained one of the sort of really good memories from a really crappy and dry time, work-wise here,” he noted, telling her, “Even though you didn’t give me the part, it was really good.”

Joked Holofcener, “It was for the Catherine Keener part. So it was close.”

Agreed Mendelsohn, “I think it was probably the right call. These things tend to go the right way.”

When asked if he’s lost many roles to Keener, he replied, “A couple. I mean, I accept that she’s better than me.”

A native of Australia, Mendelsohn plays an American in “Steady Habits” and had previously displayed a facility for accents in films like “Darkest Hour” and the TV series “Bloodline,” for which he won an Emmy Award.

Asked why so many Australian actors are great at American accents, he noted, “We grow up with them. And I also think it’s a case of, you know, do it or go home.”

Holofcener said his expertise was greatly appreciated in the editing room. “You do it really well. Not everybody does it really well,” she said. “I don’t think I had to do anything when I was cutting to make you sound American.”

Added Mendelsohn, “I got the chance to work with a really fantastic dialect guy called Thom Jones. If you’re working with a voice person and their name is Thom Jones, you’re already on very solid footing.” He then went on to explain to “millennials” who singer Tom Jones is, with help from Mann.

In the end, he said, sometimes it takes practice. “I think I probably sucked for a good while,” he admitted. “Part of the thing of getting decent in accents and things like that — and any new skills — is going through the bit where you suck at it. And sort of knowing that you’re going to suck on it until, knock on wood, you don’t.”