Barry Jenkins on Losing His Temper, Advice From Denzel and Doing a Marvel Movie 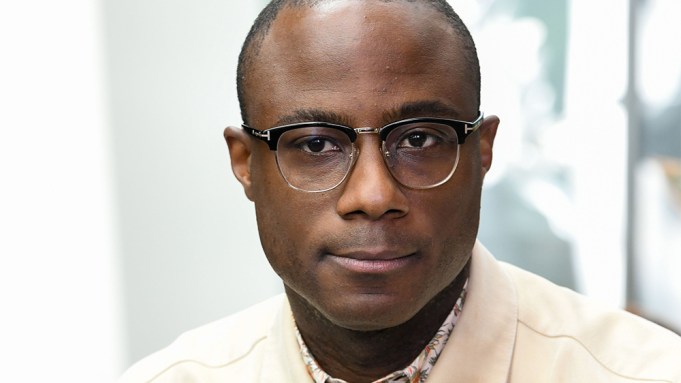 After his film “Moonlight” won the Academy Award, Barry Jenkins had a lot of offers — but not from Marvel. The filmmaker stopped by the Variety Studio presented by AT&T at TIFF to talk about his new film premiering tomorrow night, “If Beale Street Could Talk.”

When it was pointed out that many indie film directors then go on to work on franchise movies, Jenkins noted: “I don’t think Marvel watches ‘Moonlight’ and goes, ‘Let’s do that!’”

He continued, “I wasn’t offered big Marvel movies or anything like that, but I was offered: What do you want to do? It was presented to me in a very clear way; you can do more or less whatever you want. And what I wanted to do was finish the cycle of moonlight and [Beale Street].”

He does say that “Beale Street,” based on the James Baldwin novel, has something in common with those big studio films. “I think there are blockbuster emotions in this films. Not the explosions, but the feelings.”

The film stars newcomer Kiki Layne as Tish, a young, pregnant woman whose husband, played by Stephan James, is sent to prison for a crime he didn’t commit. The actors joined Jenkins at the studio and talked about the importance of bringing Baldwin’s novel to the big screen.

Said James of reading the story: “It blew my mind; James Baldwin is an exceptional, exceptional storyteller. So brutally honest.” Asked about what drew him to the film version, he added, “The marriage of James Baldwin and Barry Jenkins, that really excited me.”

Though the novel was published in 1974, Jenkins said it feels timelier than ever. “James Baldwin was always a man ahead of his time. Of his time, but ahead of his time,” he noted. “I think that the country has progressed in a lot of different ways but I think in other ways we assumed we’ve progressed but you read this book set in 1974 and you see the same things happening literally two days ago here in 2018. So I think the book is still unfortunately very relevant and that’s why we wanted to tell this film.”

As for casting his leads, including Layne who had previously only worked one day on a movie, Jenkins said, “We looked at a few people who are very famous or had a lot of notoriety, certainly more notoriety than my new superstars. But it’s really about who is the character and Kiki Layne was Tish.”

When it was noted that he could have had anyone with the success of “Moonlight” and it was jokingly suggested he had to turn down Denzel Washington, Jenkins laughed and revealed that Washington had actually reached out to him after “Moonlight.”

“I had a lunch with Denzel and he gave me some of the most amazing advice I’ve ever been given, both life and career. So I think in some ways he is a part of this,” said Jenkins. “When all of us sort of come up and break out, Denzel is kind of like of the godfather. He reaches out, ‘Let’s go to lunch.’ You sit down for like three hours, he has this binder, he lays it out. ‘Do this, don’t do that. If you do that, then you do that.’ Just really loving and compassionate and caring.”

The actors praised the “Beale Street” set for being a great working environment; while some directors bring a lot of tension to the set, Jenkins’ worst outburst was more comical than scary. The director was filming a scene with actor Ed Skrein and traffic was backing up. “All the cars got stuck at the intersection and they just kept coming,” Jenkins recalled. “There was an empty box so I just kicked the box. It was ridiculous. Everybody just laughed at me.”

Quipped James, “That’s the most anger you’ll get out of Barry Jenkins. Kicking a box.”