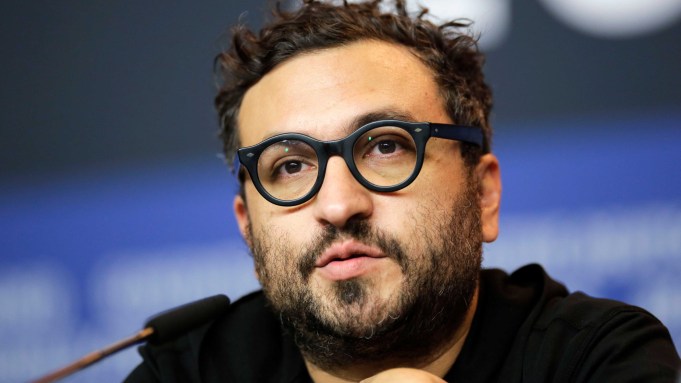 Ruizpalacios’ follow-up to 2014’s “Gueros,” a Berlin best first feature winner, “Museo” is inspired by one of Mexico’s most notorious heists: the Christmas Eve 1985 robbery of 140 priceless Mayan and Meso-American pieces from Mexico’s National Anthropology Museum. First thought the work of a sophisticated international crime syndicate, the robbery was in fact the work of two Mexican veterinary school drop-outs: Juan and loyal sidekick Benjamin Wilson in the film. Ruizpalacios talked to Variety about the film.

“Museo” has been taken as the story of a son, Juan, (Garcia Bernal), who misguidedly tries to impress his father by pulling off a movie-style robbery. But maybe I’m wrong.

I tend to side with what Wilson says at the beginning of the film: That we can’t really know the motives of people in history. We can only guess from their actions. Digging deeper into the story, we couldn’t find a motive for the [real-life] heist. We  ended up embracing that. It became one of the film’s keys. I always kept in mind Iago in “Othello.” His most evil feat was not saying why he did what he did at the end of the play. He just says, “What you know, you know. From this time forth, I never will speak word.”

The film seems a tragedy, of an intelligent iconoclast, Juan, in a society where people learn things by rote, accept received wisdom blindly…

There’s something to that. Juan has a mind of his own, but no real purpose. He’s deeply confused, a rebel without a real cause. That’s part of his tragedy.

But if tragedy, it’s a highly playful one. Why such playfulfulness?

At Berlin, I quoted Francois Truffaut – I talk to him in my mind, love his films, everything about him – to the effect that there are two types of film – those reflecting the agony of making a film, and those reflecting its sheer joy. My two belong to the second category. I trained in theater, always loved the concept of play. Fiction for me is a game, to be taken very seriously. The cinematographer Damian Garcia is one of my best friends. I look forward to being on set with him, mucking about. Many of the actors in “Museo” and “Güeros” are from my theater company in Mexico. There is real friendship

After Mexicans have been attacked by President Donald Trump, “Museo” sounds a note of pride at least about some things in Mexico.

When shooting “Museo,” I was constantly thinking about Mexican audiences. Their seeing the Anthropology Museum, for example. For my mind, it’s right up there next to Louvre and the British Museum. I wanted to do right by it, shooting the pieces up close, and letting people see them wonder where they came from, what they meant.

“Museo” looks as if it it was shot on a significantly higher budget than “Güeros,” a road movie which never leaves Mexico City. What were the benefits of this step-up?

The budget was really just about bringing alive the story. What it did allow us was to shoot in 35mm, which I wanted to do with “Güeros,” but couldn’t. Also it was very important for me to be able to travel to the Mayan ruins of Palenque, to Acapulco. But we never had the budget to dress a whole street, use an open background, cars, people and clothes. So we had to limit depth of field, just shoot foreground.

Mexico has something of a Chile syndrome. It makes movies that are acclaimed abroad. But Mexican movies domestic market share rarely reaches 10%. Is one aim of “Museo’s” bigger scale a larger impact at the Mexican box office?

We still haven’t fully convinced Mexicans that Mexican films are worth watching. But “Museo” will premiere in Mexico at the October’s Morelia Festival. Then Cinepolis, the distributor, is going all in, opening “Museo” on 500 screens in Mexico. “Gueros” had 50 screens. So yes, it’s a big step-up.