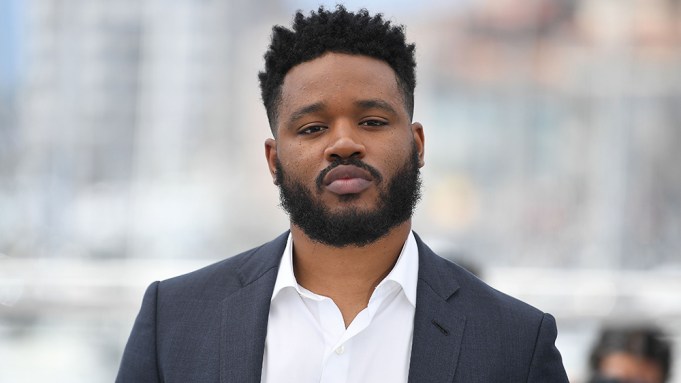 Ryan Coogler shattered a lot of records by directing “Black Panther,” the first comic-book movie led by a primarily black cast. But during a nearly two-hour talk at the Cannes Film Festival on Thursday afternoon, Coogler also revealed why it was important to break other studio-tentpole conventions.

When asked by moderator and critic Elvis Mitchell if the women of “Black Panther” were as important as the men, Coogler didn’t flinch. “I think you could argue they are more important,” he said.

Coogler went on to describe a stretch of the movie that is close to his heart (warning: minor spoilers ahead). “There’s a whole section of the film where T’Challa is out of the movie and you’re just following the women,” Coogler said about a scene where the titular hero (played by Chadwick Boseman) is left for dead and needs to be rescued. “That’s one of my favorite parts of the movie when I watched it, and I didn’t expect that.”

He explained how those scenes subverted his expectations. “That part of the movie you feel like you’re watching something fresh and new,” he said. “That part of it was exciting. We have these actresses who could easily carry their own movie,” he said, as he mentioned Lupita Nyong’o, Danai Gurira, and Letitia Wright. “Some of them have before. We were so fortunate. I would watch a movie with them!”

Would he ever do a spinoff with the ladies of “Black Panther”? “Oh man,” Coogler said. “That would be amazing if the opportunity came up. They did it in the comic-book version.”

Coogler recalled how Marvel first pitched “Black Panther” to him. “They said they wanted ‘Panther’ to feel like their James Bond, which I was excited about, because I love James Bond movies.” (He said his favorite film in the franchise is “Casino Royale.”)

“Once we realized the themes we wanted to explore, we watched different films,” Coogler continued. His list included “The Godfather,” for its relationship between fathers and sons. “Making a film about a guy who lives in a secretive country, his father dies, now he has to step into this position of power,” Coogler said. “‘The Godfather’ is one of the greatest films ever made on the same subject matter. I kind of realized the best way for me to look at ‘Black Panther’ is like a crime movie.”

He tried not to make that comparison too much. “You’re making a superhero movie. If you want to make it like ‘The Godfather,’ you sound scary. I was worried about people thinking we were aiming too high.”

Before production began, Coogler took his first trip to Africa. “I was in these Disney-approved hotels,” he said. “It felt like I was in San Francisco or something. The people who were working there seemed like my kind of people — people loading bags, the bellmen, the people working in the kitchen.”

It was crucial to him that the movie felt authentic to the continent. “We wanted the film to be an African film in all ways,” Coogler said. “Wakanda is what we could be. People call it a utopia. Some people call it a dream world or something to shoot for. The idea in Wakanda is everybody is allowed to have their fullest potential realized.”

With $1.3 billion in tickets sold, “Black Panther” has destroyed the notion in Hollywood that a movie with a black cast won’t appeal to overseas audiences. “At the end of the day it’s a business,” Coogler said, adding that preconceived biases lead to self-fulfilling prophecies. “There was a time when owners of American baseball teams would say, ‘If we put black and Hispanic people on the field, would people come to the games?'” Coogler said. “There was a time in basketball, there were no black people on the court.” But as a kid of the ’90s, he watched mostly black athletes in the NBA.

“For me, it was, why can’t film have more black movies?” Coogler asked. “People said maybe these films won’t travel. For us, it was an issue of, we don’t know if that’s the case. It was great to have partners at Marvel and Disney who were excited about that as well.”

Coogler inherited Boseman, who had already been cast as Black Panther. It was his idea to enlist his friend Michael B. Jordan to play the nemesis. “They tell you the villain is a hero of his own story,” Coogler said. “In many ways, you could make a movie about Killmonger,” who was orphaned as a young boy. “He’s like a poor version of Batman.”

Then came the day that “Black Panther” finally premiered in February. “It was intense,” Coogler said. “Ava [DuVernay] was there. Kendrick [Lamar] was there. George Lucas was there. I was really nervous. But the most important thing was I had like 50 family members there including my nearly 90-year-old grandmother and father-in-law. So we had a lot of wheelchairs. I was pushing wheelchairs, trying to find ramps.”

He noted that his previous movies — “Fruitvale Station” and “Creed” — had been based on previous stories. “I’d love to make something original one day,” Coogler said. “I really would. But at the same time, I think [there’s] no shame in adapting stuff.”