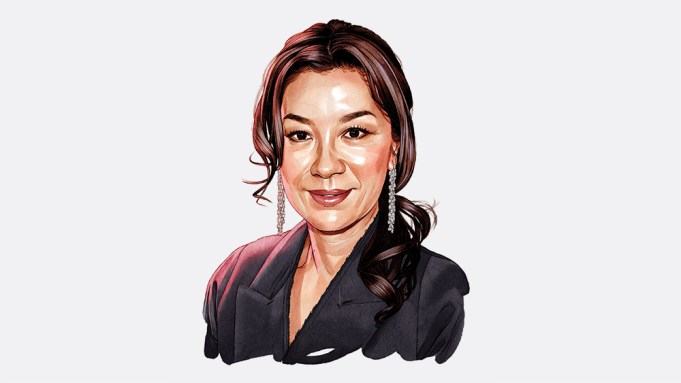 Michelle Yeoh plays the overbearing matriarch in Warner Bros.’ “Crazy Rich Asians,” which bows Aug. 15, and is also a regular on “Star Trek: Discovery,” launching its second season in January. But she may be best known as the sword master in Ang Lee’s “Crouching Tiger, Hidden Dragon.”

Born in Malaysia, she studied dance and won the Miss Malaysia beauty pageant, which led to film work in Hong Kong. In those days, Wing Chun action movies were dominated by male stars like Bruce Lee, Jackie Chan, Jet Li and Sammo Hung. Yeoh became one of the first female Hong Kong action stars, with films such as “Yes, Madam!” “Police Story 3: Supercop” and “Holy Weapon.” Roles in “Crouching Tiger,” “Tomorrow Never Dies” and “Guardians of the Galaxy Vol. 2” have helped her become one of the most successful female action heroes of all time.

Yeoh’s first appearance in Variety was May 27, 1987, in a Cannes review for “Magnificent Warriors,” where she was billed as Michelle Khan, the name given to her by the studio.

What attracted you to action movies?

Honestly, I never envisioned being an actress. Even as a child going to the cinemas I never thought I wanted to be on the silver screen. I wanted a career in dance, in ballet. I wanted to start my own school and work with children, but when I was working on my first movie, I watched Sammo Hung and George Lam fight, and I realized it was so similar to dance choreography. All the movements are choreographed and require the physical ability to follow them through, so when it came to my second film, the movie company gave me a chance. If I have this dancing ability, why not try and do something with it?

In a genre so male dominated, what made you want to join?

I guess it was a very competitive instinct from my years of training as a dancer and an athlete. It was very gratifying to do the stunts because it’s all choreographed to make you look good and I was also doing things that the guys were doing, but at that moment in time they weren’t really letting women do it. We had some legendary swordswomen who were allowed to fight, but in the early ’80s, it was really the guys. Sammo Hung, Jackie Chan, Yuen Biao — all those men were the fighters, and the ladies got left behind. To be able to have the opportunity to change that, it was amazing.

What was filmmaking in Hong Kong like at that time?

In the heyday of Hong Kong filmmaking, they never had scripts. The first three years of my career, I never set hands on a script, because they had a formula. If it was an action movie, they start with a big action sequence and some kind of comedy that introduces the characters. Then there’s a little bit of romance, some more comedy, another action sequence, then it ends with a big bang. If you look at all the action movies at the time,
they followed a formula like that.

Was it confusing to work without a script?

If you were filming it in order, then, thank God, there’d be some sense to your character. Otherwise it was the director yelling at me to look in a bunch of directions, and I’d ask, “Why am I doing this?” and the director would say, “We don’t know! We just make sure the editor has something to work with.” So it was a very interesting time of filmmaking in that sense, and we didn’t have rehearsals or anything. We’d get dressed up, go on set, learn the moves and lines on set and then shoot the scene. That’s how we did it, and that’s sometimes how it’s still done.