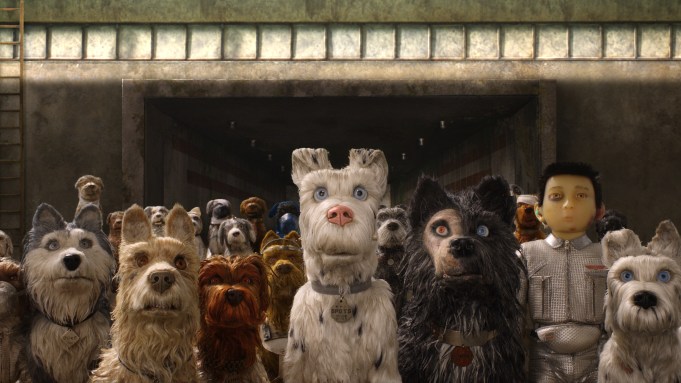 The debut of Wes Anderson’s “Isle of Dogs” led the pack at the indie box office this weekend.

Fox Searchlight’s stop-motion animated film opened with $1.57 million in just 27 locations. That equates to an average of $58,148 per screen, making it one of the top openings in recent years of a film with over 25 locations and the highest screen average of the year to date.

Created and directed by Anderson and written by Roman Coppola, Jason Schwartzman, and Kunichi Nomura, the ensemble voice cast includes Bryan Cranston, Edward Norton, Bill Murray, Jeff Goldblum, Greta Gerwig, Frances McDormand, and Bob Balaban. Set in a dystopian futuristic Japan, the film follows a young boy who goes searching for his dog after all of the species are quarantined on a remote island due to a canine flu.

“Isle of Dogs” opened to critical praise, receiving an A from Cinemascore, as well as currently averaging a 93% on Rotten Tomatoes. The film also sparked controversy for its depiction of Japanese culture.

“We are thrilled by the response at the box office this weekend in both art houses and mainstream multiplexes,” Frank Rodriguez, head of distribution at Fox Searchlight Pictures, said. “The power of Wes’s legion of fans is incredible to see as they flock to the cinema to prove once again that if you provide audiences with something they want to see, they will come.”

In its second week, “Isle of Dogs” will open in 22 new markets, while expanding in already open cities. Over the next few weeks, the theater count will grow to between 150 to 175 locations. It goes nationwide on April 13.

Three other titles opened in limited release this weekend — Stanley Tucci’s “Final Portrait” and two French dramas, “Ismael’s Ghost” and “Back to Burgundy.”