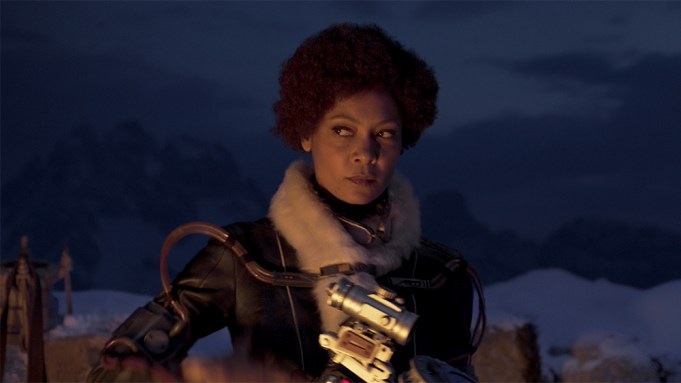 “Solo: A Star Wars Story” is struggling to make the kind of opening weekend impact now expected from a Star Wars film, with an estimated $114 million from 4,381 domestic sites over the four-day Memorial Day weekend. Earlier estimates had pegged the film in the $130-$150 million range.

“Solo” earned about $35.6 million through Friday, including $14.1 million from Thursday grosses, the highest Thursday for a Memorial Day opener. But a $114 million opening would have “Solo” trailing the three-day debut of the last anthology film, “Rogue One,” by $41 million — to say nothing of “Star Wars: The Last Jedi’s” $220 million opening.

The Disney-Lucasfilm venture is the 10th Star Wars movie and fourth from Disney in less than four years. Should the holiday estimate hold for “Solo: A Star Wars Story,” it will raise questions about franchise fatigue and Disney’s strategy of opening the tentpole a mere five months after “The Last Jedi” debuted on Dec. 16.

At $114 million, “Solo” would be the fifth-biggest film to open on Memorial Day weekend. Disney’s 2007 release “Pirates of the Caribbean: At World’s End” currently holds that title with $139.8 million, followed by “Indiana Jones and the Kingdom of Crystal Skull,” “X-Men: The Last Stand,” and “Fast and Furious 6,” with $117 million.

Critics have been mostly positive about the film, which holds a current 71% “fresh” score on Rotten Tomatoes.

Fox’s “Deadpool 2” will likely nab the second place slot in its sophomore weekend with $54.5 million from 4,349 theaters. The addition should give the “Deadpool” sequel an 11-day total of around $220 million. Starring Ryan Reynolds, “Deadpool 2” sees the titular antihero forming the X-Force in an effort to save a young mutant from Josh Brolin’s Cable.

Third place is slated to go to “Avengers: Infinity War” in its fifth frame, with $21 million from 3,768 locations. “Infinity War” has earned $1.8 billion worldwide in its first 28 days, with $605 million from domestic grosses. This weekend’s take should push “Infinity War’s” domestic total past “Star Wars: The Last Jedi’s” $620 million and “The Avengers'” $623 million to land the No. 6 slot on the all time domestic earners list.

The second weekend of Paramount’s “Book Club” should land in fourth with $12 million from 2,810 theaters. The Jane Fonda, Mary Steenburgen, Candace Bergen, and Diane Keaton-starrer has earned $22 million in its first week at multiplexes. The four women star as book club participants who decide to shake up their lives after reading “Fifty Shades of Grey.”

Warner Bros.’ “Life of the Party” is likely to land the fifth place title in its third frame, with about $6 million from 2,937 sites. Melissa McCarthy stars in the Mother Day’s opener, which has earned $33 million domestically in its first two weeks. She plays a recently divorced mom who goes back to school at her daughter’s college.