Summer popcorn season is synonymous with big budget blockbusters, so it’s especially fun to see an underdog go head to head with superheroes, massive monsters, or iconic characters and still come out victorious.

Surprise hits aren’t just exciting for audiences, though. They also send a signal to the entertainment industry that studios and filmmakers can bet big on fresh material and see it pay off.

“These films offer proof that Hollywood can still deliver originality and that audiences will often respond enthusiastically to the unexpected cinematic treat that no one saw coming,” said Paul Dergarabedian, senior box office analyst at comScore. “Some of the most notable movies of all-time have been films that prior to their release flew under the radar and then suddenly became massive hits and part of the cultural conversation and resonated within the zeitgeist.”

While we know that tentpoles including “The Incredibles 2,” “Jurassic World: Fallen Kingdom,” “Sicario: Day of the Soldado,” and “Ant-Man and the Wasp” will likely ignite the summer box office, here are eight movies that could become breakouts: 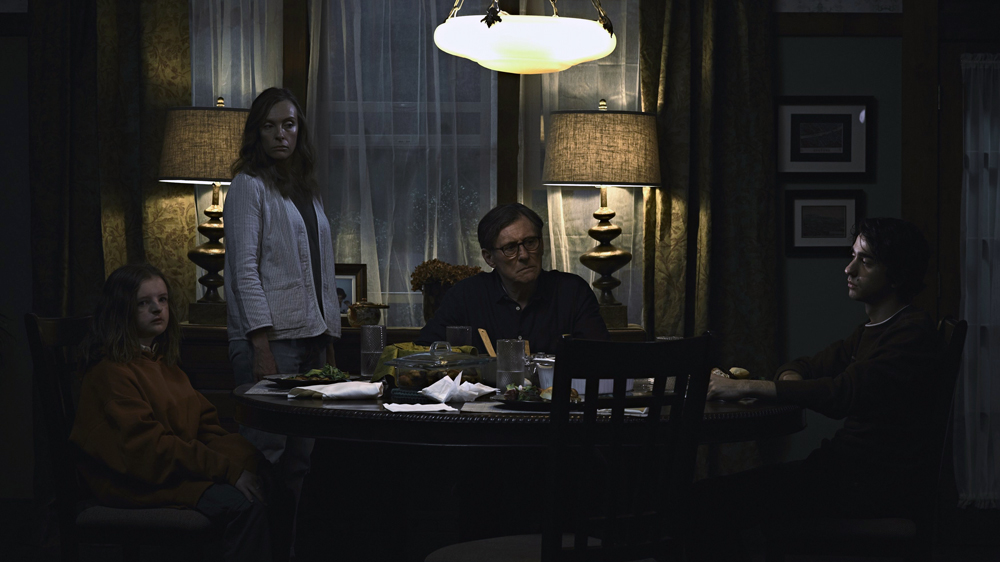 Ari Aster’s bone-chilling horror movie starring Toni Collette scared up rave reviews after debuting in the Midnight lineup at this year’s Sundance Film Festival. If the trailer is any indication, “Hereditary” looks to be one of the most genuinely terrifying movies of the year. Variety’s chief film critic Owen Gleiberman praised the movie, writing, “Unlike almost every mainstream horror film you see these days, [it] has the substance to match its scares.” The film, which follows a family that begins to be haunted following the death of their reclusive grandmother, arrives at the perfect time for audiences’ heart rates to recover after “A Quiet Place” smashed expectations in April. Thanks to “A Quiet Place,” “It,” “Split,” and “Get Out,” the genre has amassed over $1 billion in the past year, but the last few horror movies to hit the box office didn’t quite hit the mark. “Hereditary” will remind audiences why they love to be scared.

Is “Uncle Drew” just an elaborate Pepsi commercial? Who’s to say. Regardless, Kyrie Irving’s character from his 2012 Pepsi Max ads is hitting the big screen, and he’s bringing a slew of former NBA stars with him, including Shaquille O’Neal, Chris Webber, Reggie Miller, and Nate Robinson.” Get Out” breakout Lil Rel Howery, the ever-charming Tiffany Haddish, and Nick Kroll also star. The sports comedy has an engaging premise, an entertaining trailer, an ideal release date, and a solid cast — all prime components for a summer hit.

Look no further than “RBG” to see proof that even in the midst of popcorn season, documentaries can land on the map. “Whitney,” which chronicles the life and tragic downfall of Whitney Houston, features previously unreleased recordings and new footage of the late pop icon. Though it’s not the only documentary following Houston — and not even the first of this year — “Whitney” taps into the unanswered questions surrounding the transformative singer’s storied career, struggle with drug abuse and traumatic relationships.

Nobody wants to relive eighth grade, but watching someone else navigate middle school in all its pubescent angst hits a nerve. YouTube star-turned-director Bo Burnham’s first feature captures the unique torture of navigating adolescence in the brutal age of social media as Elsie Fisher’s 13-year-old Kayla makes it through the last week of eight grade. The film, which competed at Sundance, currently boasts a 100% rating on Rotten Tomatoes. In his review for Variety, chief film critic Peter Debruge wrote, “‘Eighth Grade’ shines as, like, a totally spot-on, you know, portrait of millennial angst and stuff.” 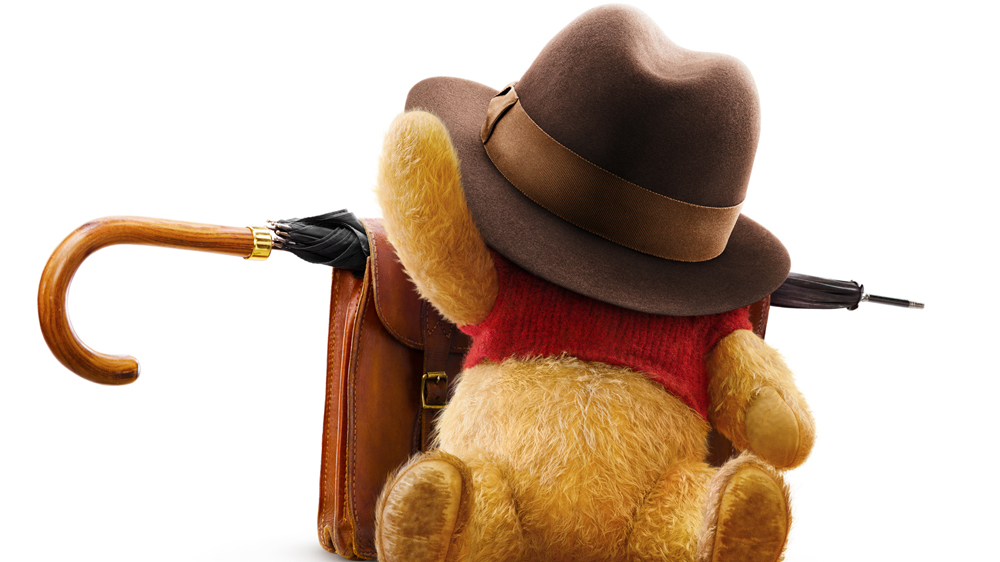 A Disney sleeper hit sounds like an oxymoron, but the Magic Kingdom seems to be serving up something a little different with “Christopher Robin.” Audiences have seen countless iterations of everyone’s favorite anthropomorphic teddy bear, but the live-action take tells a new version of the beloved story — one in which Ewan McGregor plays a grownup Christopher Robin. Disney has had continued success with its live action re-imaginings. “The Jungle Book” and “Beauty and the Beast,” each hit the $100 million mark in their debuts, and confirm there’s an audience hungry for classic material. Safe money says that young and old audiences alike will want to return to the Hundred Acre Wood.

The critical consensus was clear after “BlacKkKlansman” bowed at this year’s Cannes Film Festival — Spike Lee is back. The film was the talk of the town after it opened in the south of France, where it competed for for the Palme d’Or and ultimately won the Grand Prix. Based on a story that is so strange it has to be true, “BlacKkKlansman” is set in 1970s Colorado Springs and follows an black detective who sets out to infiltrate and expose the KKK. The crime drama, which received a lengthy standing ovation at the festival, garnered praise for tapping into the zeitgeist and capturing racism in the era of President Donald Trump. Denzel Washington’s son John David Washington stars alongside Adam Driver, Laura Harrier, and Topher Grace. 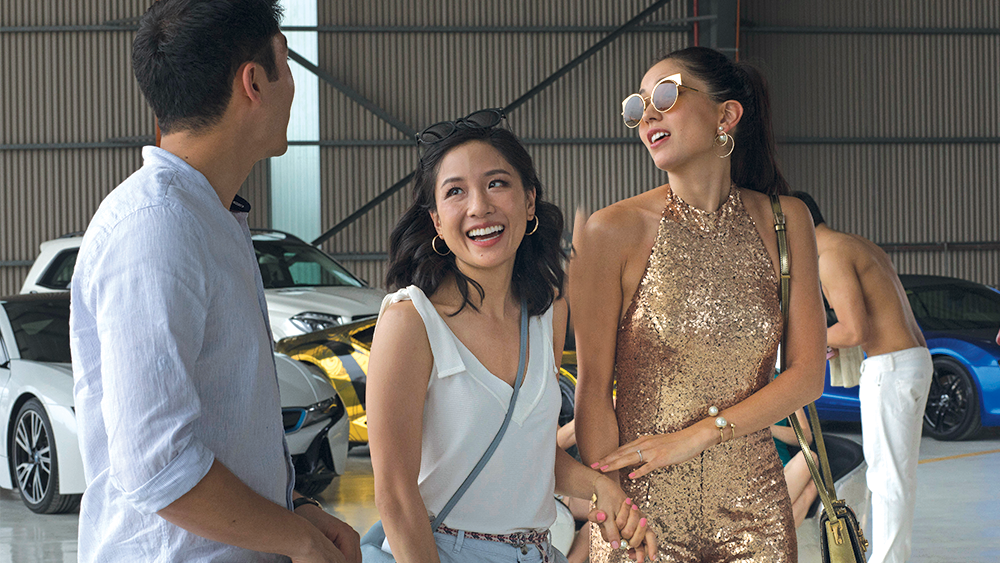 The internet went wild when Warner Bros. dropped the first trailer for “Crazy Rich Asians,” the romantic comedy based on Kevin Kwan’s best-selling novel. As the first major studio film since 1993’s “The Joy Luck Club” to feature a primarily Asian cast, it’s clear audiences are ready to celebrate a rom-com that’s reflective of 2018. Directed by Jon M. Chu, “Crazy Rich Asians” follows Constance Wu’s Rachel Chu, who goes to Singapore with her longtime boyfriend (Henry Golding) and finds out his family is not just rich but, you know, crazy rich. Plus, its mid-August debut gives some breathing room after a clutch of tentpoles, when the box office will be hungry for a hit.

The premise of “Happytime Murders” is so bizarre, it just might work. Melissa McCarthy returns to her prime R-rated form as the human half of a detective duo — the other being a puppet. The red-band trailer features puppets gone wild, snorting drugs and offering up sex, as the two delve into the seedy underground streets of Los Angeles to solve a series of brutal murders.