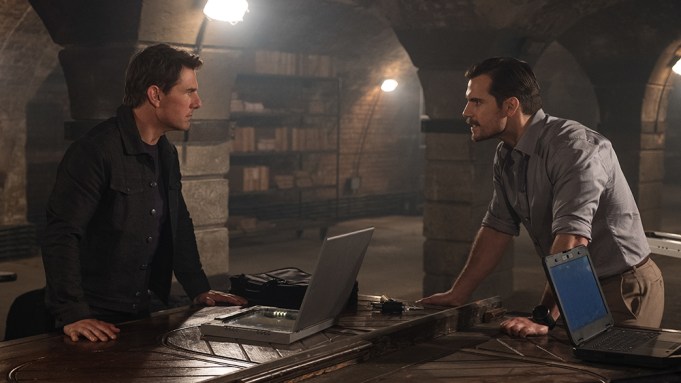 The sixth installment in the “Mission: Impossible” franchise represented a series best.

“Mission: Impossible – Fallout” amassed $153.5 million worldwide, including $92 million from 36 international markets. In North America, it opened with a record $61.5 million.

The film — which holds a $178 million price tag — has also received the some of the best reviews for the franchise. Its 97% certified fresh rating on Rotten Tomatoes is the highest for both the series and of any Cruise movie. Audiences seem equally enthusiastic, as “Fallout” holds an A CinemaScore.

“Teen Titans Go!,” with a surprising 91% approval on Rotten Tomatoes, is based on the DC Comics television series created by Michael Jelenic and Aaron Horvath. It bows next in the United Kingdom, followed by Germany and Mexico.

Among holdovers, Sony’s “Hotel Transylvania 3: Summer Vacation” brought in $31 million, where it’s open in 55 abroad markets. That takes its total to $165 million internationally and $284.2 million globally. In North America, the animated threequel has pocketed $119 million. It launched this weekend in the U.K. with $4.2 million and in France with $4.1 million.

Another animated title, Disney-Pixar’s “Incredibles 2,” is nearing $1 billion globally. The animated sequel has earned $997 million worldwide, including $424 million internationally. It added $20 million this weekend from 41 abroad territories, along with $7.2 million in North America.

Meanwhile, Universal’s “Mamma Mia! Here We Go Again” picked up $26.6 million from 46 markets, taking its international total to $96.8 million. The jukebox musical has made $167.3 million worldwide, including $70.4 million in North America. France brought in $1.6 million, while Poland opened with $1.2 million. As expected, the “Mamma Mia” sequel had the best returns in the United Kingdom and Ireland, pocketing $8.5 million.

Sony’s “The Equalizer” — the first sequel of Denzel Washington’s career — took in $1.9 million from 11 territories for an international tally of $6.1 million.