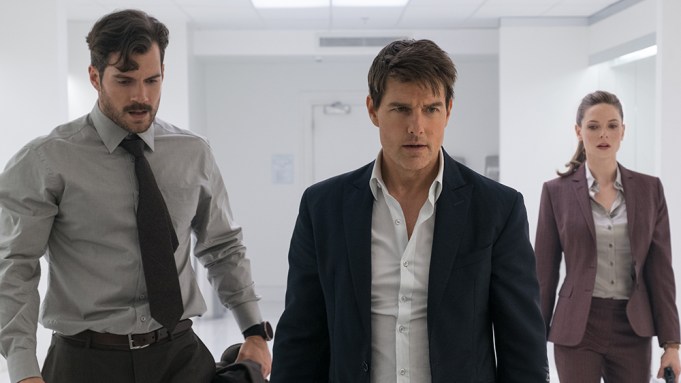 Six films in, and Ethan Hunt shows no signs of slowing down.

Following close behind is China’s “Hello Mr. Billionaire,” which generated a massive $64.5 million. To date, the comedy has made $289.9 million. In third place, South Korean fantasy drama Along With The Gods: The Last 49 Days” bowed internationally with $37.3 million.

Among new offerings, Disney’s “Christopher Robin” opened with $4.8 million in 18 international territories. The live-action adaptation starring Ewan McGregor debuted in North America with $25 million for a global start of $29.8 million. Mexico had the best launch with a four-day total of $1.4 million, followed by Russia with $1.2 million. “Christopher Robin” bows next in Belgium, Netherlands, and Thailand. It will not open in China.

Another Disney title, Pixar’s “Incredibles 2,” picked up another $19 million in 42 overseas markets for an international tally of $463.9 million. The animated superhero sequel has pocketed over $1 billion worldwide, including a mighty $583 million in North America. “Incredibles 2” debuted in Japan with a five-day total of $7.7 million, along with $4.5 million in Spain. It has become the highest grossing Pixar release of all time in New Zealand and Taiwan.

Disney-Marvel’s “Ant-Man and the Wasp” made $11.2 million from 47 international territories, along with $6.2 million in North America for a global weekend of $17.4 million. The superhero tentpole starring Paul Rudd and Evangeline Lilly has generated $426.3 million to date, including $230.8 million from overseas.

Meanwhile, “Mamma Mia! Here We Go Again” brought in $19.3 million where it played in 53 markets. Universal’s jukebox musical made $9.1 million in North America, taking its global total to $230 million.

Elsewhere, “Hotel Transylvania 3: Summer Vacation” pocketed another $18 million, taking its international total to a strong $202.3 million. Globally, the animated threequel has made $338.8 million. Major markets include France, where it picked up another $2.8 million this weekend, followed by the U.K. with $2 million in its second outing, and Germany with $1.5 million. It opens in China on Aug. 17.

Finally, Warner Bros.’ “Teen Titans Go! To the Movies” earned $1.1 million from 13 international territories, bringing its overseas cume to $2.4 million. New openings this weekend included the U.K. with $525,000. In North America, the animated family flick has made $20.8 million to date.