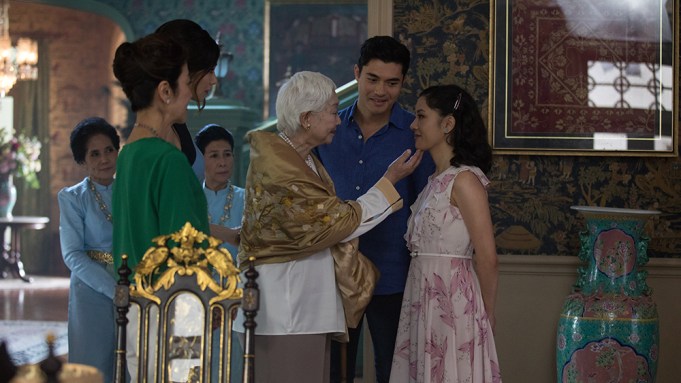 This summer’s surprisingly strong August might end on a low note with the lack of high-profile releases over Labor Day Weekend.

That might not be cause for concern, considering popcorn season is up over 13% compared to 2017. The weekend should, at the very least, top the dreary holiday last year, which was the worst in almost two decades. Earnings for the May to August period in 2018 are expected to reach $4.39 billion, marking a 14% increase from the past season. Last summer sparked apprehension as box office returns were the lowest they had been in 10 years.

MGM’s “Operation Finale” is getting a head start on the weekend, opening on Wednesday in 1,800 venues. The historical drama, which carries a $20 million production budget, is aiming for a six-day tally of $8 million to $10 million. Set 15 years after the end of World War II, “Operation Finale” follows the mission of Israel’s intelligence agency, the Mossad, led by agent Peter Malkin (Oscar Isaac), in their efforts to capture Adolf Eichmann (Ben Kingsley). The former SS officer was one of the chief architects of the Holocaust, who had been widely reported dead but was actually taking refuge in Argentina. The cast also includes Lior Raz, Melanie Laurent, Nick Kroll, and Joe Alwyn. Chris Weitz, known for his work on “American Pie,” “About a Boy,” and “Rogue One: A Star Wars Story,” directed from a screenplay by Matthew Orton.

Otherwise, major studios largely sat out the holiday weekend. The only other wide release is Lionsgate’s “Kin,” and its prospects look bleak. The sci-fi action film is hoping to pull in between $5 million and $7 million over the four-day period when it launches in 2,100 locations. Based on the short film “Bag Man,” the movie stars Jack Reynor, Zoe Kravitz, Carrie Coon, Dennis Quaid, and James Franco. It follows a recently paroled ex-con and his adopted teenage brother who are forced to go on the run when they find a strange weapon.

With that said, “Crazy Rich Asians” should likely top the domestic box office for the third weekend in a row. Warner Bros.’ acclaimed romantic comedy enjoyed an exceptionally strong sophomore frame, making almost as much in its second outing as it did opening weekend. With another strong holdover, “Crazy Rich Asians” could pocket an additional $12 million to $15 million over the three-day period, with as much as $20 million to $25 million for the long weekend. To date, it has generated over $79 million in North America and $86 million worldwide.

Meanwhile, Sony’s “Searching” is expanding to 1,200 locations. Last weekend, the thriller starring John Cho and Debra Messing opened in nine theaters with $390,000. That translates to an impressive per-screen-average of $43,388.

There are a handful of new releases entering a limited run, including Focus Features’ “The Little Stranger” with Domhnall Gleeson and Ruth Wilson, IFC’s documentary “Pick of the Litter,” and Vertical Entertainment’s “Snow Queen 3: Fire and Ice.”

September should scare some life back into the box office when “Conjuring” installment “The Nun” and “The Predator” hit multiplexes. Both horror titles are expected to have solid opening weekends, according to early tracking.