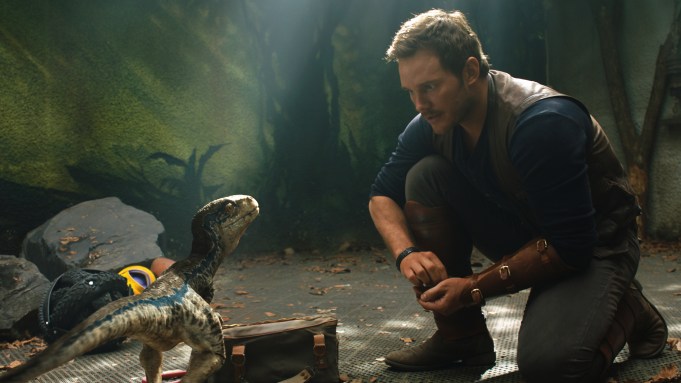 “Jurassic World: Fallen Kingdom” is off to a roaring start overseas.

Universal Pictures and Amblin Entertainment’s adventure film opened with $151.1 million in 48 international markets. The tentpole was the No. 1 film in all 48 territories. Korea saw the biggest debut with $27.2 million, followed by the United Kingdom and Ireland with $19.9 million, France with $10 million, and Spain with $9.5 million. Other top territories include Germany ($9.1 million), Taiwan ($8.4 million), Russia ($8 million), and India ($7.9 million).

“Fallen Kingdom” releases in 21 more territories over the next two months, including China on June 15, Australia and Brazil on June 21, Mexico on June 22, and Japan on July 13.

Duncan Clark, Universal’s president of international distribution, said he expects a lengthy international playout. “‘Jurassic World’ is a genre of one, and each film within this franchise is engineered as a global event,” Clark said. “Audiences gravitate to the nostalgia, storytelling and spectacle.”

“Ocean’s 8” also pulled off a solid start overseas. Warner Bros. and Village Roadshow Pictures’ female-led reboot secured $12.2 million in 16 international markets. The gender-bending spin-off opened to $41.5 million from 4,145 locations in North America for a global start of $53.7 million. Its biggest opening was in Australia, where it earned $4.7 million on 487 screens. The second best debut was Mexico with $2.6 million on 1,630 screens, while Brazil saw $1.7 million on 653 screens. The heist film will continue its overseas rollout throughout the summer, opening next in France and Korea.

Elsewhere, “Solo: A Star Wars Story” continues to falter, pocketing $11.3 million in 54 territories this weekend. With its domestic weekend of $15.2 million, the Disney and Lucasfilm’s latest has a global tally of $312.2 million.

“Avengers: Infinity War” is still powering on with another $10.9 million in 51 international markets. The Marvel tentpole is close to passing the $2 billion mark globally, with its worldwide total currently at $1.998 billion.

Rounding out a series of superhero tentpoles, “Deadpool 2” landed $18 million overseas, along with $13 million in North America. Its domestic total is now $278 million, while the Fox sequel has earned $376 million internationally.

“Fallen Kingdom” is currently tracking a domestic debut of around $140 million to $150 million when it opens on June 22.

Its predecessor, 2015’s “Jurassic World,” launched overseas with $316.7 million, including $99 million in China. The tentpole opened day and date in the U.S. with a record setting $208.8 million — still the fourth largest debut of all time after “Avengers: Infinity War,” “Star Wars: The Force Awakens,” and “Star Wars: The Last Jedi.”

Set four years after the events of “Jurassic World,” “Fallen Kingdom” sees Chris Pratt and Bryce Dallas Howard’s characters attempting to salvage the remaining dinosaurs on Isla Nublar before a volcanic eruption threatens to destroy it.

B.D. Wong and Jeff Goldblum are reprising their roles from the original film series, while Rafe Spall, Justice Smith, Daniella Pineda, and James Cromwell are joining the cast. J.A. Bayona directed from a script by Colin Trevorrow and Derek Connolly.