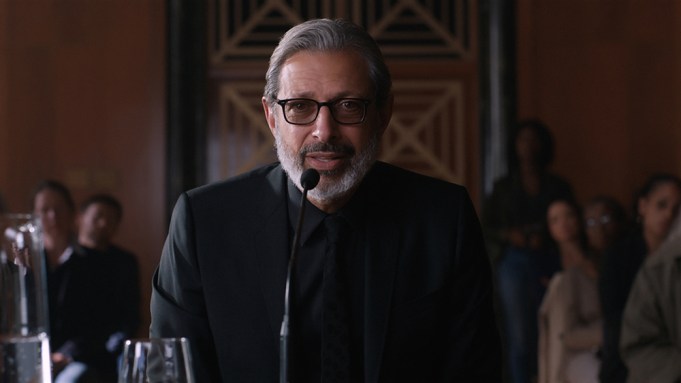 Another weekend, another dinosaur-dominated box office.

“Jurassic World: Fallen Kingdom” once again topped the overseas box office with $56.1 million from 68 territories. The tentpole has earned $667 million internationally, along with $264.8 million in North America. With a global total of $932 million, the Chris Pratt and Bryce Dallas Howard-led sequel should pass the $1 billion mark this week.

Disney-Pixar’s “Incredibles 2” had another heroic outing with $44.3 million in 36 territories. Domestically, the superhero sequel picked up $45.5 million for a global weekend total of $89.8 million. The worldwide tally currently sits at $647 million, officially surpassing the entire theatrical run of 2004’s “The Incredibles” ($633 million).

The tentpole made $40.8 million in China, along with $30.1 million in Mexico, $19.2 million in Australia, $13.1 million in Russia, and $8.6 million in Argentina. “Incredibles 2” overseas rollout continues next weekend in France, Switzerland, and Hungary.

“Sicario: Day of the Soldado” debuted in 13 markets across Latin America and Spain with $2.2 million where it opened in over 1,800 locations. The sequel to 2015’s “Sicario” bowed in North America this weekend with $19 million. That start is slightly ahead of its predecessor’s $15 million global debut.

Disney and Lucasfilm’s “Solo: A Star Wars Story,” opened in Japan with $5.9 million. That takes its international weekend total to $6.1 million, along with $2.3 million in North America. In six weeks, “Solo” has pocketed $368.9 million globally, including $207.3 million domestically.

Meanwhile, “Ocean’s 8” generated $13.8 million in 62 overseas markets, bringing its international total to $95 million. Warner Bros.’ heist film pocketed $8 million this weekend for a global tally of $209.7 million. Key markets abroad include the U.K. with $1.6 million, Russia with $1.2 million, and Germany with $1.2 million. “Ocean’s 8” debuts next in Spain, followed by Italy and Japan.