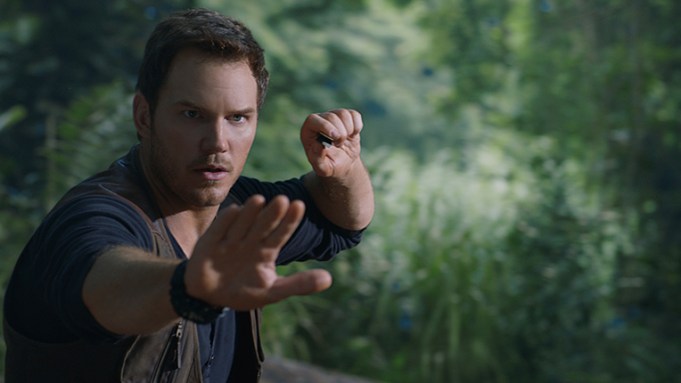 “Jurassic World: Fallen Kingdom” is looking to take a bite out of the weekend box office with an estimated $144 million from 4,475 North American locations in its opening weekend.

Earlier estimates had pegged the Universal-Amblin Entertainment film in the $130 million to $140 million range. The adventure film opened to $54 million on Friday, including Thursday night previews of $15.3 million.

“Fallen Kingdom,” which carries a production budget of $170 million, began rolling out overseas two weeks ago, and has already earned $466 million from 51 international markets, including $170 million from China.

“Jurassic World” was a box office smash when it opened in 2015 with a stunning $208.8 million and became the first movie to generate over $500 million worldwide in a single frame. It went on to earn $1.7 billion worldwide, including $652 million in North America, and is still the sixth-highest-grossing film ever at the domestic box office.

Should the $144 million number hold, “Jurassic World” will land at No. 22 on the all-time domestic opening weekend list, displacing “The Twilight Saga: New Moon,” which earned $142 million in its opening weekend in 2009.

Disney-Pixar’s “Incredibles 2” is headed for the second place slot in its sophomore frame with $79 million from 4,410 theaters. The sequel film has so far earned $293 million domestically along with $75 million from overseas markets. Its debut of $182 million landed it the crown for the highest ever opening weekend for an animated film. Brad Bird directed from his own script, and the film stars Craig T. Nelson, Holly Hunter, Sarah Vowell, Huck Milner, and Samuel L. Jackson.

Warner Bros.’ “Ocean’s 8” is likely to land in third with $11 million in its third weekend, bringing its domestic total to just over $103 million. Jeremy Renner and Jon Hamm’s “Tag,” also starring Hannibal Buress, Ed Helms, and Jake Johnson, should earn about $7 million in its second frame to land in fourth. The Warner Bros. comedy opened to $14 million and has so far earned $24 million domestically.

“Deadpool 2” is still raking in money for Fox, and should add about $5 million to its current $300 million domestic tally in its sixth weekend. “Deadpool 2” has also earned $393 million overseas, for a total of $693 million.