‘Halloween’ to Make Another Killing at the Box Office 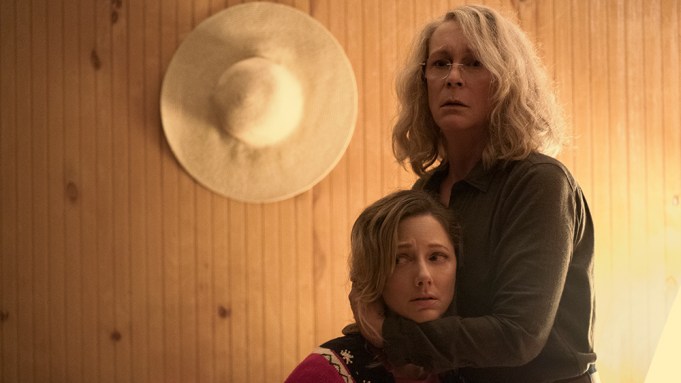 After “Halloween’s” massive $76 million debut, Universal and Blumhouse’s slasher film starring Jamie Lee Curtis will easily repeat at No. 1 in North America. The question is: how much of a killing can it make in its second frame?

Horror movies typically suffer steep drops in movie ticket sales after opening weekend, but solid word of mouth could signal good news for the 11th chapter in the “Halloween” saga over the spooky holiday weekend. Even if it were to see a sharp 50% drop, in line with the sophomore outings of “It” and “The Nun,” “Halloween” would pick up an impressive $38 million this weekend. Recent titles such as “Get Out” and “A Quiet Place” were able beat that trend, falling just 15% and 34% respectively. “Halloween” could get an even bigger boost since it’s playing in Imax for a limited one-week engagement starting Friday. Since its debut, it has picked up $4.6 million on Monday and $6.3 million on Tuesday.

Otherwise, the fresh crop of movies heading to multiplexes are all aiming for single digits. Lionsgate and Summit’s ‘Hunter Killer” looks to stand out among new titles. Estimates show the high-stakes thriller with Gerard Butler and Gary Oldman should collect between $5 million and $9 million when it launches in over 2,700 locations. Based on the novel “Firing Point” by Jamie Moss, the film follows a group of Navy SEALs who are on a mission to rescue the Russian president, who was captured in a coup.

Meanwhile, Universal is targeting a slightly smaller crowd with “Johnny English Strikes Again,” set to hit 500 screens. The action comedy hopes to pocket just $2 million, though an underwhelming performance in the States might not matter considering the movie is virtually engineered for international audiences. The third installment in the Rowan Atkinson-led British spy series launched earlier this month overseas, where it has already generated $97.6 million. In total, the “Johnny English” franchise has grossed over $422 million worldwide, with $386 million of that coming from foreign territories. The first “Johnny English” movie made $28 million at the domestic box office, while its sequel ended its theatrical run with $8 million.

Rounding out the weekend is faith-based war drama “Indivisible,” eyeing around $3 million. Pure Flix is releasing the film in 800 venues. Directed by David G. Evans, the movie tells the true story of Army Chaplain Darren Turner after his deployment to Iraq.

At the specialty box office, Amazon Studios is dropping “Suspiria” in two locations. Luca Guadagnino, following Oscar winner “Call Me By Your Name,” directed the supernatural thriller. Dakota Johnson and Tilda Swinton star in the remake of Dario Argento’s 1977 Italian horror film, which follows a young American dancer who encounters unusual occurrences after enrolling at a prestigious dance academy.