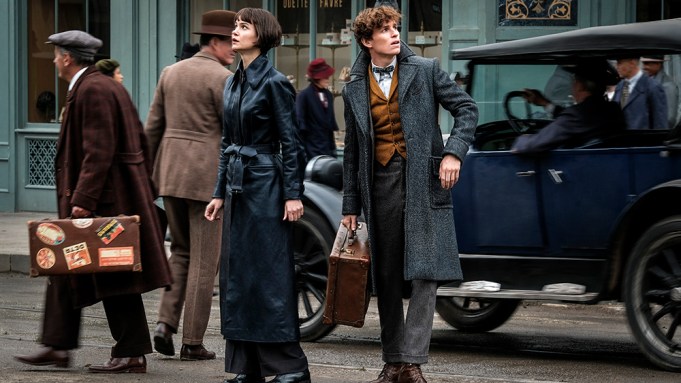 “Fantastic Beasts: The Crimes of Grindelwald” led the foreign box office with a massive $191 million. The “Harry Potter” prequel series launched in North America with $62 million for a global weekend haul of $253 million.

The Wizarding World installment needs to do well overseas to justify its costly $200 million budget and make up for a potentially lackluster domestic performance. While its North American debut has stalled compared to its predecessor, “Fantastic Beasts and Where to Find Them,” the follow-up has already seen a stronger showing from overseas markets.

“The Crimes of Grindelwald” is the second entry in what Warner Bros. intends to be a five-film franchise from the mind of author J.K. Rowling. David Yates returned to direct the sequel, which stars Eddie Redmayne, Jude Law, Johnny Depp, Ezra Miller, and Zoe Kravitz. The prequel series takes place in the 1920s, with this chapter centered mainly in Paris, and comes before the adventures of everyone’s favorite boy wizard.

“The global response has been fantastic on this film,” said Ron Sanders, Warner Bros.’ head of worldwide distribution. “Having the foreign locations featured helps.”

Sony’s “Venom” secured second place and topped the China box office with $51.2 million, taking its international tally in the Middle Kingdom to $207.1 million. Though its impressive run in the U.S. is largely coming to a close, foreign numbers have propelled the Tom Hardy antihero film to a massive $570.5 million and $780.5 million globally.

Universal’s “The Grinch” landed in fourth and generated another $9.4 million. The family film based on the classic Dr. Seuss holiday tale has made $151.7 million worldwide, including $126.5 million in North America.

China’s “A Cool Fish,” directed by Xiaozhi Rao, rounded out the top five with $8 million.