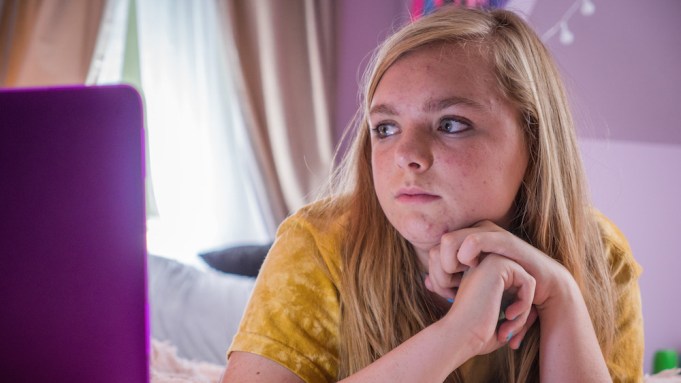 The feature debut from writer-director Bo Burnham launched this weekend with $255,000. Its debut was especially noteworthy given the film opened in just four theaters, translating to a per-screen-average of $63,071.  That was enough to top the 2018 record previously held by Fox Searchlight’s “Isle of Dogs.” Wes Anderson’s stop-motion animated film opened in March with $1.6 million from 27 locations — averaging out to $60,011 per screen.

Elsie Fisher stars in the coming-of-age film as a middle schooler navigating her last week of eighth grade. The movie, which holds a coveted 99% Fresh rating on Rotten Tomatoes, has been a critical favorite since it premiered at this year’s Sundance Film Festival. A24 will continue rolling out “Eighth Grade” in coming weeks.

Though documentaries have been dominating the specialty box office this year, recent nonfiction titles have started to impress. Annapurna’s “Sorry to Bother You” generated $4.3 million when it expanded to 805 theaters, landing in seventh place at the domestic box office. Boots Riley’s directorial debut, which follows Lakeith Stanfield as a black telemarketer who finds success using his “white voice,” has acquired $5.3 million in two weeks.

Documentaries are still on a hot streak. Notably, Focus Features’ “Won’t You Be My Neighbor” pocketed $1.8 million in its sixth weekend. With $15.8 million to date, Morgan Neville’s film centering on the career of the lovable Mister Rogers is now the 16th-biggest documentary of all time.

Meanwhile, “Three Identical Strangers” is still scoring strong returns. In its third outing, the Neon film picked up another $1.2 million from  167 screens. Its domestic tally currently sits at $2.5 million.

Another documentary, Roadside Attractions and Miramax’s “Whitney” collected $535,385 from 208 screens. Kevin Macdonald directed the film, which focuses on the life and career of the legendary Whitney Houston, and has secured $2.6 million.

Newcomer “Don’t Worry, He Won’t Get Far on Foot” picked up $83,130 when it premiered on four screens. Gus Van Sant directed the Amazon Studios comedy, starring Joaquin Phoenix as cartoonist John Callahan, who discovers his passion for drawing after becoming paralyzed. The film, which had its world premiere at Sundance, also features Jonah Hill, Rooney Mara, and Jack Black.

Meanwhile, Bleecker Street’s “Leave No Trace” brought in $1.2 million from 311 locations, for a per-screen-average of $3,726. Its box office total currently sits at $2.1 million. The Sundance drama, directed by Debra Granik, follows Ben Foster as a veteran father with PTSD, who lives in isolation with his teenage daughter (Thomasin McKenzie).