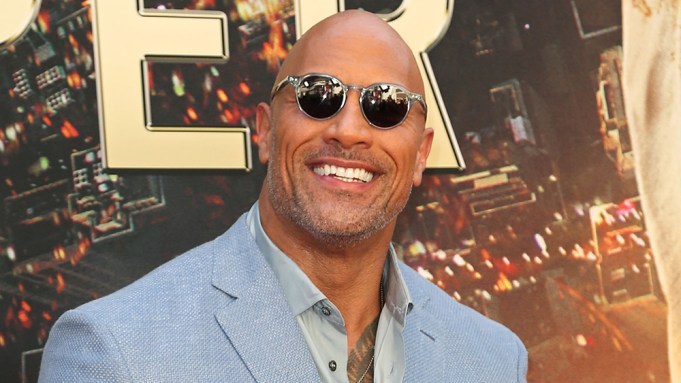 Although analysts have been quick to label Rawson Marshall Thurber’s action adventure a flop in North America, that might not matter, considering the film was virtually engineered for its international appeal. More than just banking on the Rock’s massive overseas following, the film was set in Hong Kong featured a number of Asian actors. All things considered, it’s impossible to assess the damage until “Skyscraper” opens in China this weekend.

“Skyscraper” generated $41 million internationally when it opened in 57 markets. Still, the $125 million production budget, plus tens of millions spent marketing and distributing the picture, could make Universal and Dalian Wanda-owned Legendary sweat. “Skyscraper” needs to deliver solid numbers abroad to turn a profit.

The film’s tepid start immediately sparked concern of the Rock film fatigue. The actor has been in five big-screen releases in the past 14 months. “Jumanji: Welcome to the Jungle,” “Moana,” and “The Fate of the Furious” were all massive hits. “Baywatch” was something of an embarrassment, while his most recent title, “Rampage,” didn’t seem to excite moviegoers, either.

Does Johnson’s recent misses signal that moviegoers are overexposed to one of Hollywood’s biggest names? Probably not.

There are a few reasons “Skyscraper” underperformed, but overexposure to the Rock is likely not one of them. Tired storyline and bleak reviews? Add those to the list instead.

“Skyscraper” didn’t have the worst response for a Johnson film (“Baywatch” tanked with an 18% on Rotten Tomatoes), though it has been battling a mixed critical consensus. The problem isn’t Johnson’s appeal, or even his performance. The main concern is the derivative plot.

The studio touted “Skyscraper” as an homage to iconic disaster dramas like “Die Hard” and “The Towering Inferno.” Perhaps they leaned into nostalgia a little too much. Movie tickets are expensive, and even with MoviePass, audiences aren’t going to shell out cash for a flick that doesn’t offer anything new.

“Everything in ‘Skyscraper,’ we have seen before,” said Jeff Bock, an analyst at Exhibitor Relations. “To go back and just do ‘Die Hard,’ but the building is bigger is not enough — even with the biggest star in the world.”

“Skyscraper” was among the few summer releases not part of a preexisting franchise. It didn’t have giant monsters or starry sidekicks to back it up. Johnson was the only draw. Some say that’s the only reason why the film didn’t open lower than it already did.

“I really don’t think it’s fatigue. He was still able to debut with $25 million,” Bock said. “That speaks [to his] star power, not against it, because the movie is so bad.”

Fatigue or not, Johnson isn’t leaving the multiplexes anytime soon. He’s got a number of films, including “Jungle Cruise,” “Fast and Furious” spinoff “Hobbs and Shaw,” “Red Notice,” and “Jumanji 2” in the pipeline. Let’s just hope those are stories worth telling.