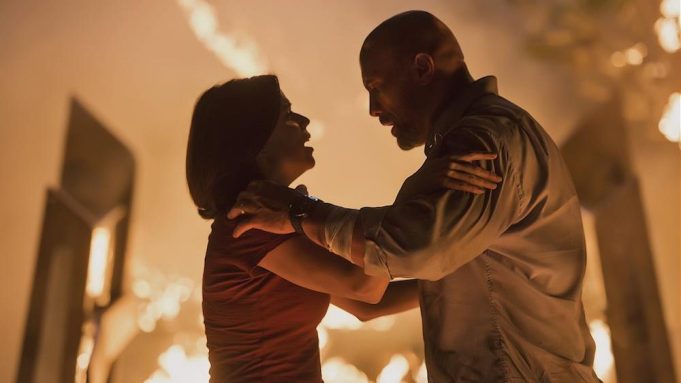 Can China save “Skyscraper” from collapsing at the box office?

Dwayne Johnson’s disaster drama collected $75 million internationally this weekend, propelled by a $47.7 million bow in China. Along with $11 million this weekend in North America, “Skyscraper” has pocketed $179.6 million globally. The film, which is set in Hong Kong and features a number of Asian actors, was virtually engineered for its international appeal. Universal and Legendary have been banking on strong returns overseas to make up for the disappointing domestic number, where it has made $46 million in two weeks.

To compare, Johnson’s latest, “Rampage,” opened in China with $55 million. Though it got a slow start, the video game adaptation went on to earn $99 million in North America and $326 million overseas.

Though “Mamma Mia! Here We Go Again” had a solid start in North America, the ABBA-inspired sequel is expected to fare even better overseas. Universal’s jukebox musical, which arrives a decade after the first, got off to a promising debut with $42.4 million when it opened in 42 international territories. With $34 million domestically, “Mamma Mia! 2” has made $76.8 million worldwide. The original “Mamma Mia!” topped $615 million globally during its theatrical run, $465 million of which came from abroad.

“What we’re seeing is the same magic we saw with ‘Mamma Mia!’ 10 years ago. The filmmakers found a way to bring the original cast and music back to the big screen that felt fresh and unique, with some stellar young additions,” said Duncan Clark, Universal’s president of international distribution. “The audience reactions from this weekend have been quite amazing, and we believe this film will now play throughout the summer, especially among groups and repeat viewers.”

Much of the star-studded cast — including Amanda Seyfried, Meryl Streep, Pierce Brosnan, Stellan Skarsgard, Colin Firth, Christine Baranski, Julie Walters, and Dominic Cooper — returned for the second film. Lily James made her debut as the younger version of Meryl Streep’s charming and carefree Donna, while pop icon Cher also joined the cast. Ol Parker, the screenwriter behind “The Best Exotic Marigold Hotel,” took over directing duties and penned the script.

Meanwhile, Disney-Pixar’s “Incredibles 2” continues to show its staying power. The superhero sequel has now earned $940 million globally, including $383 million internationally. This weekend, it picked up another $36 million from 42 international markets, along with $11.5 million in North America.

The animated feature opened in Korea with $8.6 million, making it the highest Pixar opening of all time there. It also premiered in Hong Kong with $3.3 million. In coming weeks, “Incredibles 2” will continue its rollout in Japan, Spain, Italy, and Germany.

Another Disney title, “Ant-Man and the Wasp,” pocketed $21.6 million overseas. That brings its global total to an impressive $353.5 million. The Marvel adventure, which is open in just 56% of the market, launched in France with $4.1 million. To date, the Paul Rudd and Evangeline Lilly-starrer has made $40.6 million in Korea, followed by $13.5 million in Mexico and $12.1 million in Australia.

Elsewhere, Sony’s “Hotel Transylvania 3: Summer Vacation” generated $37.7 million in 51 markets, bringing its international total to $115.6 million. In Mexico, the animated threequel earned $3.8 million, while Brazil followed with $3.1 million, and Argentina with $2.6 million. The film debuted in Germany with $5.4 million.