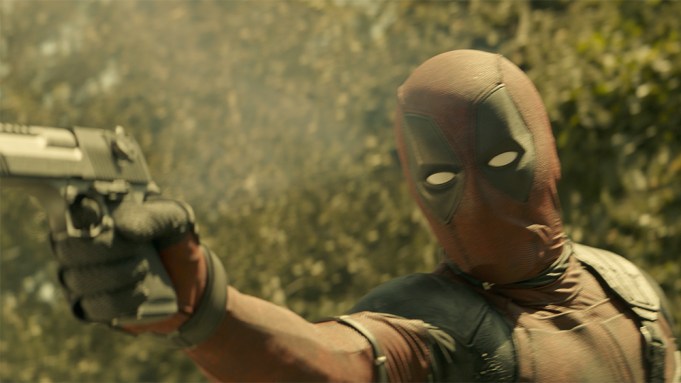 Disney’s top films of 2018 featured the king of a mythical African nation, a young tesseract- traveling girl, and an onslaught of heroes on hand to save planet Earth. For the most part, these movies were fun for the whole family. So, the question is, can a foul-mouthed, sardonic, and raunchy “merc with a mouth” fit in with that kind of company?

It’s been six months since Disney bought the assets of 21st Century Fox, including its 20th Century Fox film studio. While the deal has not gone through yet, the industry and audiences alike are still wondering how it will affect the future of movies. One concern in particular questioned what will Disney do with Fox’s beloved R-rated “Deadpool” franchise.

News of the merger in December 2017 almost immediately sparked concerns about what would become of Ryan Reynold’s Wade Wilson/Deadpool. The pansexual anti-hero is a different kind of spandex protagonist, one who might sit awkwardly alongside Disney squeaky-clean approach to its Marvel characters.

“This is something that is going to come up a lot — the philosophy of Disney and how that would mesh with a Fox-based R-rated superhero property,” Paul Dergarabedian, a box office analyst at comScore said.

Disney hasn’t produced an R-rated film under its banner since “The Fifth Estate” topped out with a bleak $3 million domestically, and that film was only released because of a distribution arrangement with DreamWorks. In recent years, its motion pictures banner has focused on animated adventures, superhero tentpoles, and “Star Wars” spinoffs.

But Fox’s latest “Deadpool 2” success might help Disney realize that superheroes can push boundaries without pushing away audiences.

Money can be a powerful persuader. After news of the potential sale broke, Disney chief Bob Iger suggested the company might reconsider its R-rated edict.

“[Deadpool] clearly has been and will be Marvel branded,” Iger said. “But we think there might be an opportunity for a Marvel-R brand for something like ‘Deadpool’. As long as we let the audiences know what’s coming, we think we can manage that fine.”

Chances are some people at Disney’s Burbank headquarters started thinking about ways to signal to audiences that the Mouse House is open to dropping a few more on-screen f-bombs. Deadpool 2″ launched with $125 million in North America, along with $176 million internationally for a worldwide three-day opening weekend of $301 million. That’s not too shabby considering its coming off the record-breaking successes of 2018’s “Black Panther” and “Avengers: Infinity War.” The original “Deadpool” was a surprise hit, launching with $132.4 million in 2016. It went on to earn $363 million in North America and $783 worldwide.

“The superhero market is oversaturated, though not necessarily fatigued,” box office analyst Jeff Bock said. “Just about every superhero movie is a PG-13 adventure. This gives audiences something new. You can do a little more with an R-rated movie.”

Fox’s “X-Men” franchise has proven there’s an audience for a hardline superhero film. The 11 films — including the R-rated “Deadpool” and “Logan” — have earned over $2.1 billion combined at the domestic box office. If combined with Disney, the genre could be taken to new heights.

“It’s time to explore darker space,” Bock said. “When you’re talking about fate of universe, there’s some bad shit that goes down, and it’s not always PG-13.”

One way for Disney to keep making “Deadpool” and “Logan”-style adult entertainments is to release these films under the 20th Century Fox banner so it’s not directly associated with the house that Walt built.

“It’s more about marketing and messaging and differentiation of the Fox material. If they handle it right, it diversifies their portfolio even more,” Dergarabedian said. “You’ve just got to make it where the messaging makes it clear it’s not your grandpa’s Disney.”

The Magic Kingdom would only being doing a disservice to itself not to keep and continue an evolving version of “Deadpool” and similar franchises, Dergarabedian said.

“If the success is there — why would you mess with that formula?” If you only look at the cost-benefit ratio of a rating, creativity can really shrink,” he said, adding, “I don’t think that will happen.”

With any transition, there is still always a risk of ostracizing part of a fanbase. After all, Disney movies are much bigger than just their box office numbers. It’s merchandise, theme parks and more.

“There’s still a lot of conservatives out there that love Disney and what Disney is about — the fairytales and the magic. Anything that doesn’t jive with that will turn some consumers off,” Bock said. “As long as advertisers are on board, I don’t think Disney will have a problem.”

Despite all the ambiguity surrounding the potential merger, the film industry should be optimistic about impending prospects, Dergarabedian said. “When you combine the business acumen of Disney with the risk-taking nature of Fox, you can have pure magic. You’re going to turbocharge the marketing abilities and resources. It might spur greater risk-taking.”

Now the question remains, is Disney ready for R-rated superhero films in their cannon?

“That’s not what they do. This is a new beast for them to confront,” Bock said. “It will be very interesting to see what they do going forward.”