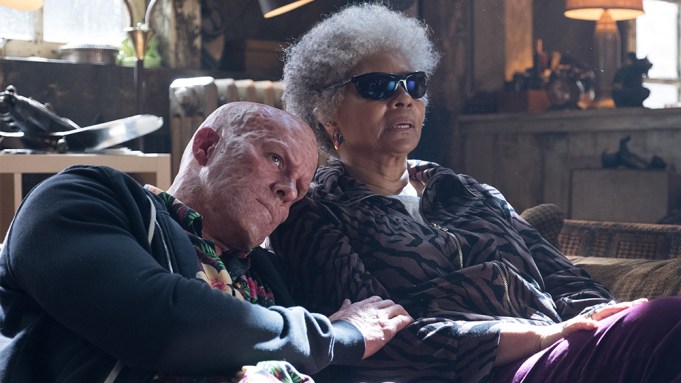 Ryan Reynold’s “Deadpool 2” is set to take the No. 1 box office crown from “Avengers: Infinity War” this weekend, with $133.5 million from 4,349 North American locations.

The third R-rated superhero film from Fox took in $53.3 million Friday, including a record-setting $18.6 million from Thursday previews, the highest Thursday tally for an R-rated film (“It” had previously held the title with $13.5 million). “Deadpool 2’s” 4,349 theaters also mark Fox’s widest launch ever.

The “Deadpool” sequel will break its own predecessor’s record as the highest opening weekend for an R-rated film — “Deadpool” stunned the industry two years ago with $132.4 million. The original’s unique take on the superhero genre, with Reynolds breaking the fourth wall to address the audience directly, made the film a must-see, and it went on to earn $363 million in North America and $783 worldwide, making it the highest-grossing R-rated movie of all time.

“Infinity War” will drop down to the second place slot in its fourth weekend with $27 million from 4,002 domestic sites, down 472 from last weekend. The Disney-Marvel tentpole has become the fourth-highest grossing film at the worldwide box office with $1.710 billion, topping “Jurassic World’s” $1.671 billion. The film has earned $566.3 million domestically in its first 21 days, along with $1.136 billion internationally.

In third is the debut of Paramount’s “Book Club,” starring Jane Fonda, Candace Bergen, Diane Keaton, and Mary Steenburgen. The film will top early estimates, which had pegged it in the $7 million to $10 million range, with $13 million from 2,781 cinemas. Fonda, Bergen, Keaton, and Steenbergen star as four women who read “Fifty Shades of Grey” in their book club and are inspired to spice up their lives. The film has received mixed reviews and carries a 59% rating on Rotten Tomatoes.

Melissa McCarthy’s Mother’s Day opener “Life of the Party” will reel in around $7 million in its second weekend from 3,656 sites to take the fourth place slot. McCarthy plays a mother who enrolls in the same college as her daughter to earn her degree after divorcing her husband.