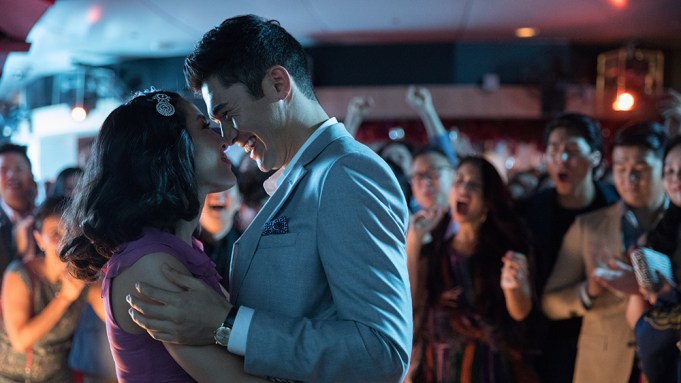 It’s about to get crazy at the domestic box office.

As the first studio movie in years with a predominately Asian-American cast, the anticipation has long been building for “Crazy Rich Asians.” It arrives as Hollywood is being pressured to feature greater diversity on screen. Warner Bros. has been trying to build momentum by holding advance screenings to further generate buzz. If the glowing critical consensus is any indication (it currently holds a rare 98% rating on Rotten Tomatoes), “Crazy Rich Asians” should fare well in its theatrical run.

Jon M. Chu directed the adaptation of Kevin Kwan’s best-selling book. It follows Rachel Chu (Constance Wu), who accompanies her boyfriend (Henry Golding) to his best friend’s wedding in Singapore. Upon meeting his parents, she quickly finds out his family is one of the richest (and most judgmental!) in Singapore. The cast also includes Gemma Chan, Awkwafina, Ken Jeong, and Michelle Yeoh .

A debut over $20 million would be a solid start given its $30 million budget. Over the past few years, romcoms have struggled at the box office. Recently, Anna Faris and Eugenio Derbez’ remake of “Overboard” debuted with a modest $14 million and went on to earn $50 million in North America and $41 million overseas. Prior to that, “I Feel Pretty” — with Amy Schumer, Michelle Williams, Emily Ratajkowski — bowed with $16 million. It ended its run with $88 million worldwide, including $48 million domestically.

“Crazy Rich Asians” should easily top the weekend, though “Mile 22” might have some competition from “The Meg” for second place. STX’s R-rated action thriller, which reunites Wahlberg and director Peter Berg for the fourth time, is targeting between $15 million to $19 million when it debuts in 3,510 theaters. Wahlberg stars as an operative in an elite CIA task force, who leads a mission to transport an asset with life-threatening information before terrorists interfere. John Malkovich, Lauren Cohan, and Ronda Rousey round out the cast. Berg and Wahlberg have previously collaborated on “Lone Survivor,” “Deepwater Horizon,” and “Patriot’s Day.”

The final wide release, “Alpha,” is aiming for single digits. Albert Hughes directed the Paleolithic drama, which should pocket $6 million-8 million in 2,500 locations. It features Kodi Smit-McPhee, Leonor Varela, and Jens Hulten and centers on a young man who gets left behind on a hunting trip and befriends an injured wolf. The two team up to survive during the Ice Age.