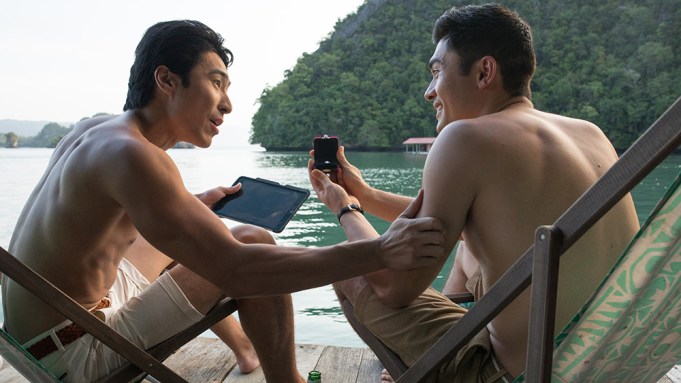 UPDATED: The summer 2018 box office is officially ending on a high note.

An August surge is thanks partially to “Crazy Rich Asians,” the Warner Bros. romantic comedy that is still doing crazy good business in North America. Jon M. Chu’s film will top the domestic box office for the third week in a row with $28.3 million over Labor Day Weekend. It generated a three-day tally of $22 million in 3,865 locations, dropping just 11% in its third outing and bringing its domestic total to $110 million.

“Crazy Rich Asian’s” $28.3 million holiday weekend ranks as the best Labor Day showing in over a decade. That title is still held by “Halloween,” which launched with $30.6 million in 2007.

Based on Kevin Kwan’s best-selling book, “Crazy Rich Asians” has been lauded as the first movie backed by a major studio in a quarter of a century that features a predominantly Asian-American cast. A sequel is already in the works.

“It clearly tells us all to take chances,” Jeff Goldstein, Warner Bros. head of domestic distribution said. “Rom coms aren’t dead, you just need to come up with something new and different. This really does stand out.”

Following “Jumanji: Welcome to the Jungle,” “Black Panther,” and “Avengers: Infinity War,” “Crazy Rich Asians” is the fourth film this year to top the domestic box office three weekends in a row.

“‘Crazy Rich Asians’ is the summer box office gift that keeps on giving,” Paul Dergarabedian, a senior analyst with comScore said. “The film provided a truly unexpected boost to the summer 2018 bottom line and proved once again that August can be the launching pad for some of the most notable, interesting and original films of any month on the calendar.”

Warner Bros. also nabbed second place as “The Meg” picked up another $13.5 million on 3,761 screens over the holiday weekend. That takes its North American cume to $123 million, along with $462 million worldwide.

Newcomer “Operation Finale” launched at No. 4 with $7.7 million in 1,818 locations. MGM’s political thriller debuted on Wednesday and earned $9.5 million over the six-day period. Chris Weitz, the filmmaker behind “American Pie, “About a Boy,” and “Rogue One: A Star Wars Story,” directed the movie, which cost $20 million. It stars Oscar Isaac, Ben Kingsley, and Nick Kroll.

Meanwhile, Sony’s “Searching” found $7.6 million over the four-day frame when it expanded to 1,207 locations. The thriller featuring John Cho, Debra Messing, and Michelle La has earned $8.2 million to date. Chu and fellow “Crazy Rich Asians” stars, including Henry Golding, helped rally support by buying out screenings of the film.

Tom Cruise’s “Mission: Impossible – Fallout” continues to stay in the top five. This weekend, it clocked in at No. 3 with $7 million in 2,639 locations and a four-day total of $9 million. The sixth installment in the Ethan Hunt spy series has generated $206 million in North America and $344 million overseas.

In other notable milestones, Disney-Pixar’s “Incredibles 2” became the first animated movie and ninth film ever to cross $600 million at the domestic box office. It’s Disney’s third film this year to hit that mark, following “Black Panther” and “Avengers: Infinity War.”

At the specialty box office, Lionsgate premiered “Ya Veremos” on 369 screens. It made $1.8 million over the weekend with a four-day total of $2.2 million.

Though final estimates won’t come in until Tuesday, the summer box office looks to be up an impressive 14.2% from last year’s dismal popcorn season, which was the lowest in two decades. Meanwhile, the year-to-date box office should come in ahead by 9.9%, according to comScore.