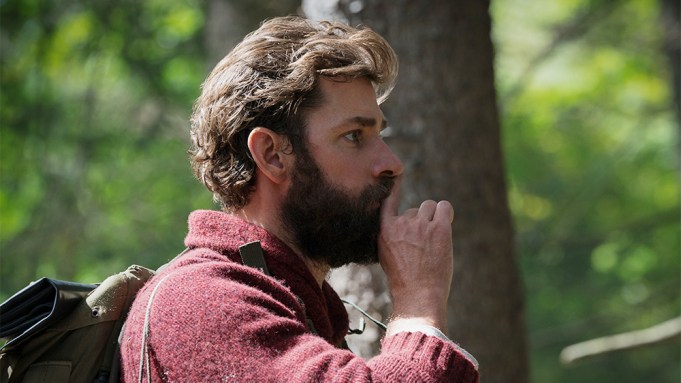 “A Quiet Place” was looking to make noise at the weekend box office, and it delivered.

Paramount Pictures’ thriller, directed by John Krasinski, soared past estimates to a massive $50.3 million opening in 3,508 theaters. That’s enough to land it the second highest domestic opening of the year to date behind “Black Panther,” which opened in February with $202 million. Since its debut at South by Southwest, “A Quiet Place” has garnered rave reviews. It currently holds an solid 97% on Rotten Tomatoes, with a B+ CinemaScore.

“This much bigger than expected debut comes in an era of ongoing popularity for the horror genre that in North America alone last year generated over $1 billion in box office,” Paul​ Dergarabedian, a media analyst at comScore, said.

“There was a lot of momentum going into the weekend that never stopped,” Davies said. “John Krasinski has emerged as an incredible filmmaker with a story that’s simple, but has clearly resonated with audiences.”

At No. 2, Steven Spielberg’s “Ready Player One” made $25 million in 4,234 locations in its second weekend, bringing its total domestic grosses up to $97 million. The Warner Bros.’ film has been a strong contender overseas, where it has made $294.4 million.

Another weekend release, “Blockers,” secured third place at the box office. Universal’s raunchy R-rated comedy — directed by Kay Cannon and starring John Cena, Leslie Mann, and Ike Barinholtz — released in line with projections for an impressive $21.4 million debut in 3,379 theaters. “Blockers” has been another buzzy title from SXSW, earning an 83% on Rotten Tomatoes along with a B CinemaScore.

“We could not be more pleased with the result this weekend,” Universal’s head of distribution Jim Orr said. “Kay Cannon and her directorial debut knocked it out of the park. It really overperformed.”

Meanwhile, the eighth frame of “Black Panther” landed at No. 4 with $8.8 million in 2,747 locations. Domestically, the Marvel film earned $665.4 million, making it the third-biggest release of all time behind “Star Wars: The Force Awakens” and “Avatar.” Globally, “Black Panther” has grossed $1.29 billion.

Rounding out the top five is Lionsgate and Roadside Attractions’ “I Can Only Imagine,” with $8.4 million in 2,894 theaters. The faith-based film has been a force at the box office, making $69 million in four weeks.