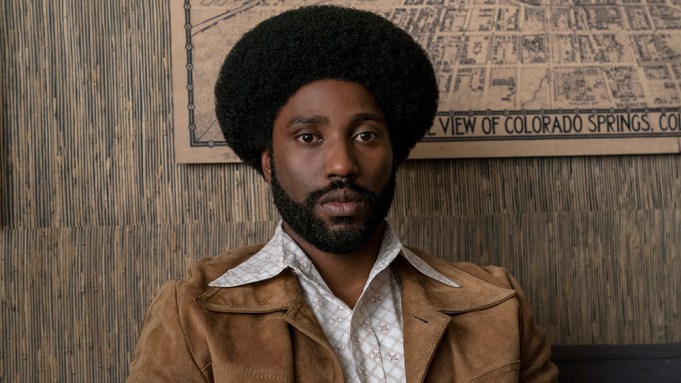 When “BlacKkKlansman” had its world premiere at this year’s Cannes Film Festival, the rapturous reception signaled one thing — Spike Lee is back.

So it makes sense that when the timely crime drama opened at the domestic box office four months later, it earned Lee his best debut since 2006. Twelve years ago, “Inside Man” launched with $29 million and went on to generate an impressive $183 million worldwide. In between, Lee has delivered a series of theatrical misses. Many of the films that he released over the ensuing decade and change — works such as “Oldboy” and “Miracle at St. Anna” —  lacked the pop of the filmmaker’s previous efforts. Critics are saying “BlacKkKlansman,” an alternately satiric and horrifying looking at hate groups in America, signals a return to form for the director. Its $10.8 million start in North America trails only “The Original Kings of Comedy’s” debut ($11 million) as Lee’s third-biggest opening of all time.

Reviewers and audiences alike have lauded the movie for tapping into the zeitgeist and capturing racism in the Trump era. Although set in the early ’70s, “BlacKkKlansman” is one of the first movies to take the Trump administration head-on. The film pointedly ends with the president’s comments that both the white supremacists and the “alt-left” were equally to blame for the deadly Charlottesville riots, while interspersing Trump’s remarks with footage of neo-Nazis chanting racist slogans.

Lee’s film tells the true story of black detective Ron Stallworth (John David Washington), who goes undercover to infiltrate and expose the Colorado Springs chapter of the Ku Klux Klan. Given the obvious flaw in his plan, he enlists Flip Zimmerman, a white Jewish cop played by Adam Driver, to conduct all in-person affairs. Together, they rise through the ranks and ultimately land in the good graces of Grand Wizard David Duke (Topher Grace). Lee intentionally released the film on the first anniversary of the deadly Charlottesville riot.

“The best movies are not created in a vacuum or a boardroom,” Paul Dergarabedian, a box office analyst with comScore said. “They are created by filmmakers who are sponges of what’s going on and channel those observations into their script. Spike Lee, being the powerful filmmaker that he is, certainly used that to inform his filmmaking.”

Beyond topicality, “BlacKkKlansman” has critical enthusiasm to match. It stirred up positive word of mouth at Cannes, where it won the Grand Prix, and positive sentiments have only gathered steam since its bow on the croisette. It currently holds an impressive 97% average on review aggregation site Rotten Tomatoes, as well as a coveted A- CinemaScore.

“His vision is perfectly resonating with that’s going on,” Dergarabedian said. “He’s telling a story that needs to be told — but that’s also a good movie.”

Focus Features, the studio behind the film, said they are already hoping “BlacKkKlansman” will be an awards contender. Summer usually goes hand-in-hand with big-budget blockbusters and superhero tentpoles. (Though the Academy’s recent addition of a Popular Film category could stir up Oscar chatter for even the likes of pure popcorn season flicks.) Still, plenty of awards season hopefuls kicked off before the traditional fall plaudits rush. “Hell or High Water,” “Mad Max: Fury Road,” and “Get Out” all captured best picture nods despite hitting theaters in the winter or summer. It seems like a real possibility that Lee and “BlacKkKlansman,” given the accolades the film has already collected, could find themselves with an invitation to the Oscars.

“I don’t know if I’ve seen a movie that has touched an audience like this in a while,” Lisa Bunnell, Focus Features’ head of distribution, said. “Spike has been able to bring something to the conversation of America that people haven’t been able to have.”