Continue to Variety SKIP AD
You will be redirected back to your article in seconds
Mar 6, 2018 8:58am PT 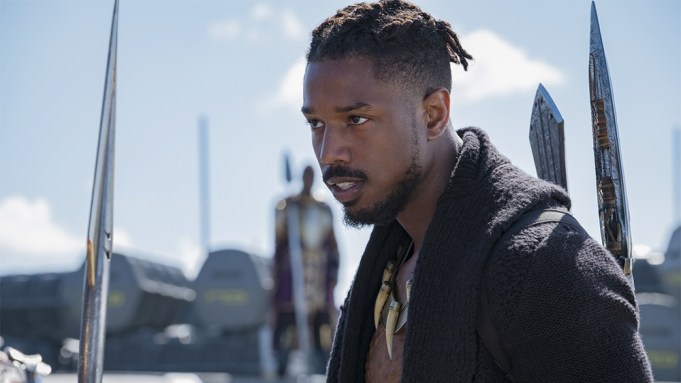 Disney-Marvel’s “Black Panther” has surpassed “Beauty and the Beast” to become the ninth-highest grosser in North America of all time in only 18 days of release.

“Black Panther” pulled in $4.7 million on Monday  to lift its domestic total to $506.4 million. The superhero tentpole trails Disney-Lucasfilm’s “Rogue One: A Star Wars Story” by $26 million for the eighth slot on the list.

“Black Panther” will face competition this weekend from Disney’s “A Wrinkle in Time,” which has been tracking to launch in the $30 million to $38 million range. Three other titles — STX’s “Gringo,” Entertainment Studios’ “Hurricane Heist” and Aviron’s “The Strangers: Prey at Night” — are tracking to open with less than $10 million each.

The third domestic weekend for “Black Panther” was the third best of all time at $66.3 million, trailing only “Star Wars: The Last Jedi” and “Avatar.”

“Black Panther,” starring Chadwick Boseman and directed by Ryan Coogler, has stunned the industry since it opened on Feb. 16, first with $242 million on Presidents Day weekend in North America and followed with $111.7 million in its second frame — the second-highest sophomore weekend of all time.

Thanks to “Black Panther” and “Jumanji: Welcome to the Jungle,” overall domestic box office for 2018 is up an impressive 10.9% to $2.12 billion as of March 4, according to comScore.